‘How many Yemenis must be killed before Western arms sales stop?’, activist asks 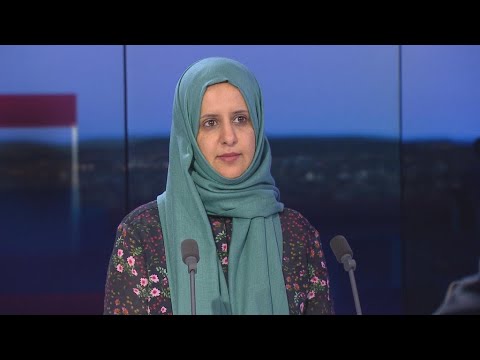 ‘How many Yemenis must be killed before Western arms sales stop?’, activist asks ‘How many Yemenis must be killed before Western arms sales stop?’, activist asksWelcome to the interview here on France 24. Our Guest today is, she is the chair of Montana for human rights a year. Angio welcome to the show is releasing its new reports. It’S based on the field work over 2000 interviews with victims, relatives the regions of difficult task. Given the situation in your country, it’s about the year 2018 and reading it is essentially a catalog of war. Crimes of the situation seems to go from bad to worse in their country because these violations, my old bottles of the conflict, leads to the disaster, look even to the starvation, so it’s very different type of violations. That model has managed to document all over Yemen reading. In this report it to see airstrikes on on schools and hospitals on medical personnel, UC humanitarian Aid being blocked a war crime books. You say you know you apportion blame. You see both sides, essentially the saudi-led Coalition and the houthi the militia and you’re to blame correct. So it says it’s collision and we also have that had the government, yes and they are all involved. This is continued to be happened after year and it’s getting less the situation of Civilian Awards. Nothing has been done to improve the attitudes of parties to the conflict in Yemen, impunity and they would never be held accountable. This is really shocking by Jess. From many many reasons and what’s happening is horrible. Ignored by the whole whole world, improve the situation of the port of her data, which is a key to bringing in humanitarian Aid and trades in Yemen. But it seems you’re rather cynical about this, because while they talk, bombs continue to fall a very strong message and mechanisms regarding accountability, because even if there is a war, Yemen doesn’t have to be the worst military and disaster of the situation can be much better. If parties will be held accountable, but the only also important, because I mean the International Community doesn’t know enough pressure on parties to the conflict to be committed to peace 62 centavos. What is the conflict to the table only in two months? But it seems that this pressure was just only a fashion. That’S why the situation now is very critical now, but his tools, if they decided to work better attempt, it can be a very big chance for peace and peace, doesn’t mean anything against accountability. Accountability, United Arab Emirates are the houthi militias to Collision says. Actually, Iran is party to the conflict. Have you found any evidence of direct Iranian involvement? You can’t find the touch every tires kind of support. The years you can Iran and any other Ministry is going to be empowered in this environment. The only solution to make all these militias week, United States and Europe that they’re not enough to push for peace and humanitarian release, buy a Sandy weapons. Why they can’t do much more than this to stop the war tuba to start the peace they can push for. This, but I don’t do it, it’s Dolph to get their life back and the state park. Have you seen a difference in the level of Consciousness about the complex Hewitt in France as speaking of weapons, there was a boat that was blocked by activists. It was supposed to deliver weapons to sell Arabia. The French government has yes, we send weapons but they’re not being used in that war. Many observers are critical because they say you can’t prove this, don’t even say how they are. So it’s not used cheats for 6-month with renewed strong influence, societies of America, financial interest say okay. On weapons sales to Saudi Arabia. Arab Emirates. Until they make peace in Yemen they should stop selling weapons. The main Ally of the Saudis in Yemen, the United States, I’m trying to solve this yemeni war and other organizations and a civil society that has been done in France – I’m not ready to have better economy over the blood of innocent people. I don’t trust leaders, but I trust beside Societies in US. You can France, the cell of weapon, did the Trump Administration wants to override this? If it’s going to solve the problem, is you talk in the report also about direct u.s. involvement? She talked about in 2018. 6A, parents us drone strikes and they killed 22 people only one of them. According to you, it is linked to a rebel or a terrorist groups. What’S the huge number of civilians, a specific and harm, nothing else? What do they want to do? This very last question. You want accountability at the UN. Human Rights Council has appointed a group of experts, but she wants something more formal of commission of inquiry like the one existing on Syria is this you want, and this is realistic accountability mechanism out of the Human Rights Council can make a real Difference by the way. The group of experts happened, and it was, I guess, their desire. So I gain schedule timer for coming on the France 24 set and thank you for watching the interview. Subscribe to France 24 now:
http://f24.my/youtubeEN

Radhya Al-Mutawakel is the chairperson of the Yemeni NGO Mwatana for Human Rights, which is releasing its annual report on the war in Yemen, based on more than 2,000 interviews with eyewitnesses. She spoke to FRANCE 24 about the report, which reveals new evidence of violations committed in Yemen by the Houthi rebels, the Hadi government, the Saudi and Emirati-led coalition and proxy forces loyal to the UAE. Our guest also urged Western countries to stop selling weapons to the coalition.