How the first footprint on the moon came to be 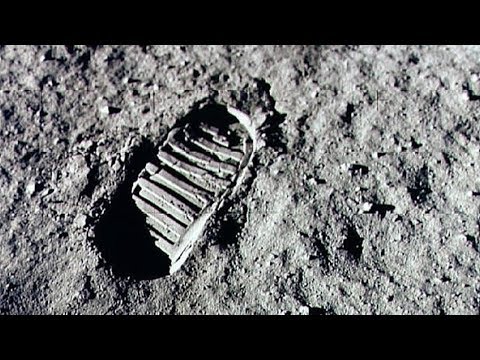 How the first footprint on the moon came to be How the first footprint on the moon came to beA stunning symbol of human ambition and achievement 50 years ago this week, known as Cape Kennedy in Florida now, my next guest calls the Apollo 11 mission, one of the most prominent achievements of humankind, David Whitehouse, is the author of Apollo 11, the inside story. He joined from London David. Thank you for joining us, your welcome when you watched the moon landing on TV. What sort of impact did that have on you turn on space and astronomy beforehand, because I was living through the Space Race, the Mercury Gemini and Apollo project, but that particular night black and white television with low resolution. We don’t need 3 Channel in what was a grim year in the United Kingdom in 1969’s. Ghostly figures dance across the moon put the first footstep of under the moon is something that changed. My life Reverend, I think, change millions of life because where would the 20th century be without the Apollo 11 landing on the moon, of course around the world? Who are watching this happen? But you also were lucky enough to infect interview both the Neil Armstrong and Buzz Aldrin. So what stuck out to you the most from those conversations, what I was very lucky to be in space and astronomy when I did, and over several decades last interviews with older, the moonwalk is indeed everybody who went to the moon and didn’t walk on the moon, Etc, astronauts are dull and you don’t want them imaginative. That’S far from the truth are a fascinating bunch of people. Neil Armstrong, reticent cool and the pressure is feet of landing and the last minutes of the greatest flying feet of aviation in history, and then he bought that treats that achievement. The most famous man in the world, I with dignity, humility too much introspection, but he was the right person for the right job. Even though I found the astronauts were when they came back to us. They always frequently didn’t come out very well for a while. So they go being back on this. What do you do? Have you poop when you’ve been to the moon, and you come home from speaking with Neil Armstrong, decided that Neil Armstrong would be the one of the team that is walking in fact, on the moon? We know Michael Collins, for example. I didn’t get to do that, not able to come back with it crashed. He would have had the unenviable task of coming back on the phone. But yes, when the crew was put together, Apollo 11 was put together. It was announced that they would make the first landing. It wasn’t initially clear who would be the first person, but the first footprint on the moon. I didn’t summer Lee Drive to the mission. It was Buzz Aldrin, however, as training went on, the Apollo 11 crew decided that it was Armstrong’s, colon and quietly one day after BuzzFeed Being Human, Too Much and then little bit too much in the face of other astronaut said it’s going to be me and I Think it took us awhile to get over that I might have called and said that he resented not being the first person to step on the moon, then bring the second and finally, as we head towards this 50th Anniversary taking place tomorrow. I wonder if I can ask you what you think the legacy of that moment in history is going forward and has been alright, it’s a time when we came closest as a species to achieving greatness, as we have ever done a time when the world came together. In 10000 years time and a hundred thousand years., This Century will be remembered for parts DNA, nuclear power and the first will last far longer than the troubles and trials of our X is history. It’S a mythological journey to an object that has been with us throughout our civilization, the greatest technical 15in in Humanities, history, old astronauts, look back on the triumphs of the use. It will be a day to Mark and remember that impressive Mission. Thank you so much for your time today, David David Whitehouse, is the author of Apollo, the Inside Story. +. He joined us today from London. “One small step for man, one giant leap for mankind.” Words heard around the world, but how was it decided who got to take that crucial first step 50 years ago?