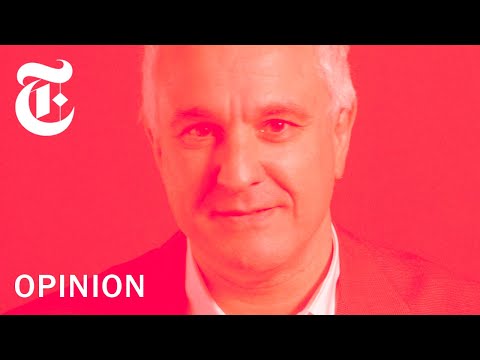 How to Disagree Better | NYT Opinion How to Disagree Better | NYT Opinion2020 is nearly here and argument. Season is already arrived. America has never been so connected and divided people are losing friendships, disowning, family members, and it’s only going to get worse Peter boghossian and I’m an expert on having impossible conversations. I’M going to share three simple techniques: you should incorporate to ensure your conversations are productive, sometimes argument and you get lost in a yes. It is nobody’s inspiral. Here’S something small you can do to add perspective and have a productive conversation introduced scales, simply asked on a scale from 1 to 10. How confident are you that belief is true? Let you know when someone is in their position. You can also ask for scales on an issue. For example, you may have heard America is a patriarchy and then found the statement. Bizarre. That comment usually initiates a yes. It is argument you can escape this. Yes, no dead end by introducing a scale asked how much of a patriarchy suppose Saudi Arabia is 9 out of 10 and patriarchy. Where is the US on the same scale? Asking for scale helps break away from all-or-nothing thinking. It also gives them for people to move along that scale without giving up their position entirely and if either position moves toward the other. You know your conversation wasn’t meaningless when we argue were asked off an angry Leo dismissively for evidence of our claims, but it’s rear asked what evidence might actually change your mind. This isn’t a threat and you’re not telling anyone anything you’re, just inviting someone to question their own beliefs in a non-threatening way. Here’S how you do it first state their position and age been asked. This confirmation question asked: how could that belief be wrong? I’M not saying it is wrong, but under what conditions would you change your mind now, you’re in a conversation getting people to space, to consider and self-critique their position? Who knows you both may find some common ground or learned something people often confuse the ability to know something actually knowing something. This phenomenon is known, as the unread Library affect in 2001, researchers ask people to rate their confidence about how toilets work. Participants were then asked to explain verbally and give as much detail as possible. Then they rated their confidence again and you guessed it this time. Subject admitted to being farless confident we can access the library, but we don’t know anything unless we borrow and read the book. It’S okay to not know everything add scale with our actual knowledge. Here’S how you can use this in conversation start by admitting you don’t know enough to hold a firm position and ask for explanations in as much detail as possible. You might ask: how do you know that if your partner is an expert, you might both be rewarded with a good lesson? Otherwise, you might learn that you need to learn more. Improving our conversations is vital because it enables us to solve problems. We have some very serious problems that we need to be talking about in generating Solutions too, but unless we’re having conversations, that’s impossible. These days, arguments can become a destructive land-grab for social media points, and quickly hit a dead-end. If we want to find solutions, it’s vital that we learn how to disagree thoughtfully and with curiosity.

At this very moment, people are ready to pounce on anyone they deem “wrong.”

And someone is definitely wrong on the Internet right now. Some of them are wrong in your social media feeds, and there’s a good chance you’re already friends with at least one such person. We get things wrong all the time.

So what do we do when we decide someone’s wrong? Engage — or not? Disagree loudly — or roll our eyes silently? Block them, or troll them?

A rare option would be to make an impossible conversation possible through the techniques above.