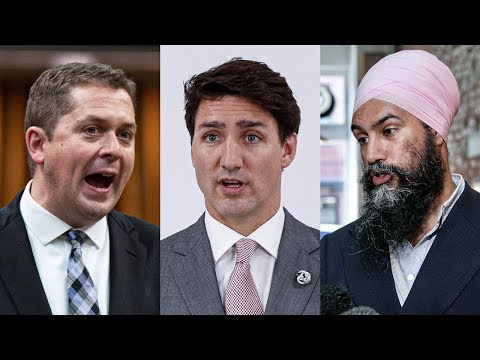 How Trudeau, Scheer, Singh responded to SNC-Lavalin ethics report How Trudeau, Scheer, Singh responded to SNC-Lavalin ethics reportI take full responsibility. The buck stops with the Prime Minister and I assumed responsibility for everything that happened in my office, where I disagree with the commissioner, amongst others, is where he says drawing perspective. Any contact with the AG, the Attorney General in this issue was improper. My job as a prime minister is to stand up for Canadians and defend their interest. I recognize that this was a situation that shouldn’t have happened, but my desire to protect Canadians and, at the same time I have to protect the integrity and the independence of our judicial institutions remained throughout Justin. Trudeau is guilty again his first violation for accepting a paid vacation on a luxury Island from someone logging, his government or shocking. This one is unfair: the correct responses for Kaden’s to vote out a corrupt liberal government led by a prime minister who still cannot accept responsibility for his actions. She said was right. She was right. She was pressured. It wasn’t appropriate contrary to what Mr Trudeau has been saying, that I’ve nothing to apologize for. Yes, he does have some apologize for the commissioner said very clearly apologize for he applied freshener the benefit of powerful Corporation and to help his own re-election, and that is wrong and I’m hoping people in the election coming up make that decision. Trudeau says he takes “full responsibility” after the ethics commissioner found he violated the ethics act in dealing with the SNC-Lavalin affair. With the federal election drawing closer, Scheer and Singh are calling on Canadians to vote out Trudeau as prime minister.