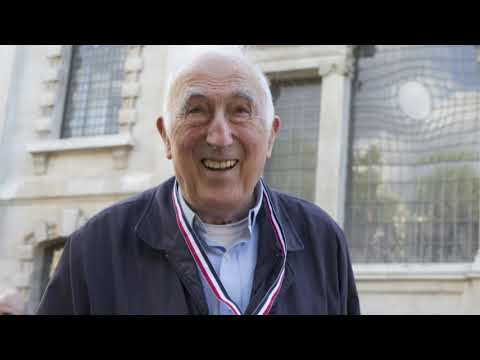 Humanitarian Jean Vanier dead at 90 Humanitarian Jean Vanier dead at 90The world of people with disabilities has lost one of its brightest Champions today has died in Paris at the age of nine. It is in operation in dozens of countries in the contributions Michael weather, and you mention loss, and it is in fact Washington National. That told the world that John beignet passed earlier today, as you say, dying at the age of ninety the organization which he founded and worked for, says that he declined you quickly in recent days. That Vanier was with is when the end came and they were giving thanks for the life that Vanier lived and he did live a very full life born into privilege. The son of former Governor General George Vanier, Jean Vanier, came to live a far simpler life. He was a Navy man and academic, but after birth psychiatric facility 1964, he found his true vocation because in that facility, where men with developmental disabilities and then you felt rightfully so that they are being unfairly institutionalize and discriminated against. So we invited two of those men to live with just outside Paris and that led him to start an International charity loss as we say that created homes for people with developmental disabilities take listen to Jean Vanier in a radio interview he did with the CVC back In 2015, people with disabilities, it’s a good life and I don’t know whether it’s a good life to live with powerful people. I’Ve been ideas that I’ve left the really good life of power really brings happiness and large itself has dozens of communities around the road. At 38th, in 38 different countries, other thousands of those communities right here in Canada and those countries are recognizing. The work of John Michael in France and the Vatican says the Pope Francis, is today praying for Vanier and his large community. Thousands, reflecting on his final words from a few days ago, take a look at what he left this world to ponder. I am deeply peaceful and trustful. I’M not sure why future will be, but God is good and whatever happens, it will be the best. I’M happy and give thanks for everything my deepest love to each one of you, Jean Vanier did not have would never married, does not have children of his own, but certainly being remembered 5000 surround the and for those who want to hear the full radio interview with That that clip the replay from as it happens, we’ll play that full interview from 2015 tonight on its program Heather next week as well, but go to spend some time reflecting on what he meant so many in the world.. Thank you very much. Jean Vanier, a devout Catholic from Quebec who founded an organization to shelter the developmentally disabled in 38 countries, has died in Paris at age 90.