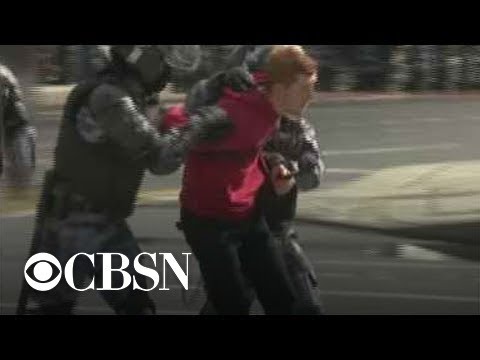 Hundreds detained at political protest in Moscow Hundreds detained at political protest in MoscowOver 600 people were arrested in Moscow during an unauthorised protest Saturday, thousands of to the streets to demonstrate against the exclusion of some independent in opposition candidates from upcoming city council elections, one of those candidates it’s during the demonstrations of the week after another opposition rally in The Russian capital Protesters once again took to the streets of Moscow Saturday, decrying the exclusion of some independent and opposition candidates for upcoming city council election that has shaken up Russia’s political scene. Moscow police detained 600 protesters Saturday, an arrest monitoring group and the Russian Interior Ministry said.