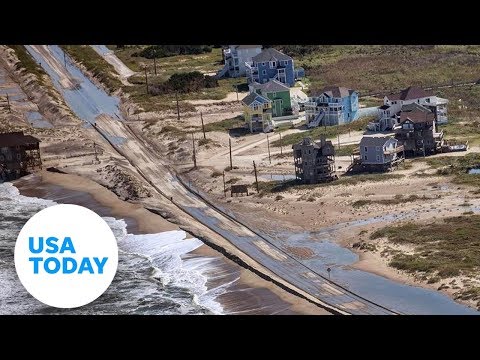 The storm’s powerful winds still knocked out power at almost 200,000 homes and businesses across the state as massive waves threatened buildings along the coast.

Dare County, which includes North Carolina’s Outer Banks, remained under curfew Friday morning, with access to the coastal county restricted. Meanwhile, further north, a round of evacuations were also ordered for Virginians in harm’s way.

“Dorian should remain a powerful hurricane as it moves near or along the coast of North Carolina during the next several hours,” the National Hurricane Center said.