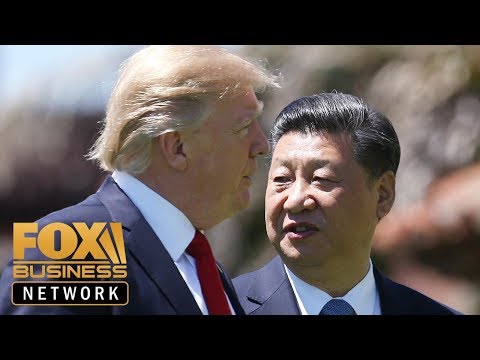 ‘Hysteria’ over China tariffs is ‘overblown’: Fmr. Toys ‘R’ Us CEO ‘Hysteria’ over China tariffs is ‘overblown’: Fmr. Toys ‘R’ Us CEOWelcome back now, you tell me so far: has the consumer really being hugged by the talents which we’ve imposed on China products? Are you sure can’t find it and overall, I believe the hysteria surrounding this is way overblown and in fact the market should be trading on fundamentals of these companies in the economy and not on these Terraces appears to be doing. Will you take a look at the 300 billion dollars of goods, much of much of which is not into that later until December of this year, those goods imported from China represent approximately 3 % of total consumer expenditures refraction, and it’s just not material to the consumer. It may be material to Angel companies who have I have a beef with it or taste, and I congratulate it’s just not a big deal. Despite everything everyone talks about the rest of it. The numbers do not say that absolutely mean, while the consumers very strong. These tears are nothing nothing like the smoot-hawley Tariff depression. There were 50 to 60 % levels that we all learned in that you don’t economics, class, destroy the economy, and it’s why we all heard terrorists are bad. This is a small percentage on a small percentage of total consumer bad. I’M just saying it’s ridiculous things down didn’t rise over the longer-term the price of did rise. What Americans do you think be prepared to pay more in the interests of confronting China? My point is: it’s just not a lot of their total expenditure, good wages, consumer as a whole versus a visual product. Just not, and let’s not forget the gas prices of pulling quite shocking. That puts more money in your pocket. CEO of Storch Advisors and the former CEO of Toys ‘R’ Us Gerald Storch discusses if China tariffs will impact U.S. consumers.