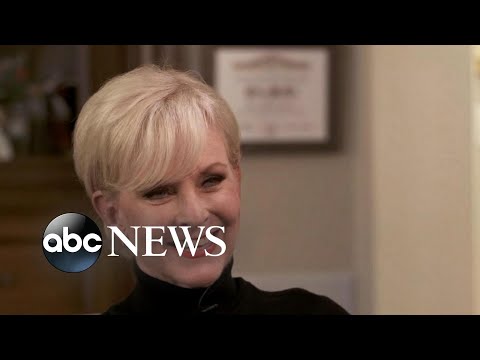 ‘I don’t see anyone carrying the voice of reason mantle right now’: Cindy McCain ‘I don’t see anyone carrying the voice of reason mantle right now’: Cindy McCainI’Ve Had The Good Fortune to spend 60 years of service to this wonderful and it’s not been perfect service to be sure, and there were probably times when the country might have benefited a little less of my help. But I try to deserve the Privileges best. I can and I’ve been repaid a thousand times over, that are John McCain died. One year ago today, after a lifetime of service – and this week, John Carl traveled Arizona, the speaker, McCain’s Widow, Cindy McCain, has launched a new initiative in the Senator’s memory. It’S hard to imagine that it’s been a year. How are you doing, okay, Sarah’s been making sure my family was okay? How often do you think about all the time I met think of him every day, every second of every day, almost and and hope. I hope he’s approving what I’m doing to tell me about it. Acts of Civility and what I’m asking people to do is to go out and perform an act of Civility. Perhaps you go and talk to a family member that you’ve disagreed with and I’m trying to make peace with that family member agree to disagree with that family member and then post it on social media. How sides of the aisle be the lack of Civility and you somehow, we’ve been able to come down and Lane now, where it’s okay to insult someone on the senate floor or insult someone on the house floor or insults anonymously online and then walk away from it Out right now, what would be driving in right now, it’s happening. John was always a guy fighting for the little guy, and I think John would be very discouraged about the Border situation right now. He would also be the voice of reason in all of this, which is what we’re sorely lacking right now is his Tabriz and his understanding of the purpose and the the ability to be able to work across the aisle on these issues. That’S how we worked for so many years, and now they just closed thanks and not talk to anybody doesn’t make any sense it and only doesn’t make any sense. It doesn’t do any good for the country who’s carrying the torch. Now I don’t see anyone carrying a voice, the voice of reason, mantel right now, I’m hoping someone are you surprised at the way the Republican party is basically march lockstep with President Trump. I’M surprised departed Abraham, Lincoln that I’ve seen anyway nor the party of Ronald Reagan. Where is the ones that should be non-partisan, we’re the ones that should be working for the good of all? I believe this pendulums going to swing back. I don’t know when, but I just don’t believe it we’re going to stick right here on the side. That’S just disruptive and mean, and non-progressive in anyway turn the opposite direction. We need to get her act together, number one and step back and take a breath. You know this countries made up of immigrants were made up of people of every color every Creed and that’s what makes us special in the same house, black and white, or brown and white whatever it maybe is just wrong. It’S not who we are. What about friends? I’M, like Lindsey Graham basically become the president’s most steadfast defender on on the stuff. I would just hope that in the long run, everyone would would begin to to move the right direction, including Lindsay or anybody else, a part of my family. So before you go straight, talk we’re going into another presidential campaign, UFC, not one, but two presidential campaigns up very, very close. Do not listen to the naysayers, don’t don’t let the naysayers get you down. Do the right thing speak your mind in a speaker, heart but be civil about it. I think I also enjoy it. Never forget your sense of humor, you know if you don’t have a sense of humor you’re not going to survive, participated all it’ll be on the part of encouraging civility in encouraging people to talk to one another, and you would any update on that several bitter interested. So we’ll see what happens on that light, I would we encourage all of our kids to get involved in public service. As you know, so we could see, we could see. Another became something somewhere and I’ll be alright. Thank you very much YouTube channel. You like to get more videos show, highlights and watch live event coverage click on the right over here to subscribe to our Channel and don’t forget to download the ABC News app for breaking news alerts. Thanks for watching Cindy McCain discusses the legacy of her late husband, Sen. John McCain, and her new initiative, Acts of Civility, with Jonathan Karl on “This Week.”