Imamoglu: “Now there is new hope in a new leader” 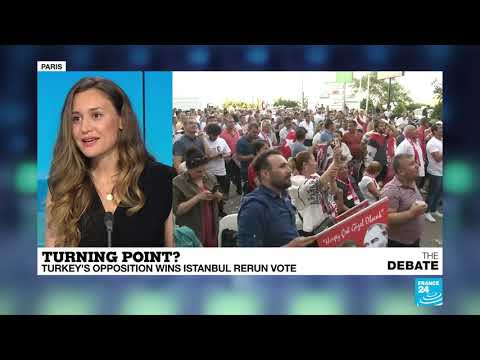 Imamoglu: “Now there is new hope in a new leader” Imamoglu: “Now there is new hope in a new leader”I think that was the real problem during the second time that we were going to the election. Everything he’s goes so fast and negative when we are talking about something it suddenly became. As with this old fart station, with a very again organic and marmontel causes like it’s, it was, it was a huge problem in Istanbul and again, Istanbul has many problems about ecological problems we have no. This is one of the reasons why people wanted to see my molar, because he he gives some sleep speculation about the very negative portrait of a turkey we are. We are we are going to elections. Young people are very helpful. It was a very difficult period of time after the 2016 from the coup d’etat, people immigrated very talented and Young is we. We want to be a part of the Europe, not some sort of the territories that we are coming County, Democratic free. We have to hope. We we have the youth and I believe, because there is a ulcer which is so important I want to underline. We just started also before together moments. It didn’t come from out of nowhere. There’S lots of pressure on the room in turkey and we stood up for that. Woman are so successful for demanding day rise and also you normally so successful to have a campaign with his wife, 2015 after 7th June of election. But it didn’t go well because we didn’t see a new leader. Now there is a hope in a new leader which is created by the condition, and I think it is not on the Democratic country. I have the hopper. We have the you and I Deniz Bagriack, sociologist, author of “Ask Them if They Like Us”, advocates for the new mayor of Istanbul, Imamoglu.