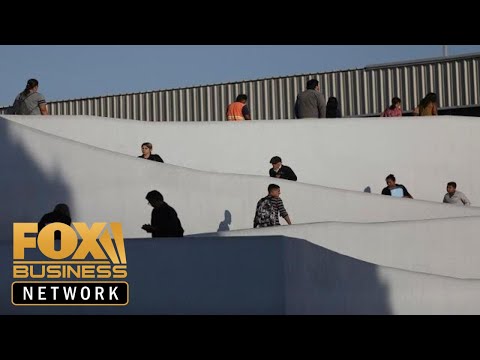 Immigration courts’ backlog exceeds one million cases Immigration courts’ backlog exceeds one million casesJoining us tonight acting Customs and Border Protection, commissioner Mark Morgan and Mark is great to have you with us to sense from you? Is that backlog of 1.3 million? I think we all know the answer, but I’d like to hear it from you is to why that thing has doubled in what is less than 3 years. Stop – and I know you and I talked about this many times – don’t get me wrong – I’m not holding my breath for them to get to do what they need to do. Okay, cuz, I don’t want to see you loopholes in a current legal framework. That’S been sensitive. They are incentivized to come here. That’S why you seemed it a double. And the cartels have taken advantage of that every single day in the last 2 years, the Democratic party is aligned itself in providing incentives and avoiding consequences for the drug cartels themselves. For those who are smuggling the deadliest drugs across that border, aligning and supporting those who are, in fact responsible for 70,000 opiate deaths a year, overdose, death and sex trafficking, and no one wants to call them to account. Make no mistake, you’re spot on the sense that this is not just a humanitarian crisis. This is a humanitarian and National Security crisis. Right now we had over 50 % of our border patrol resources, pulled off the front line, pads wearing gun-toting individuals who are trained specifically to safeguard the front lines of our borders, to stop bad things and bad people coming in and Stead they’re doing humanitarian Mission. And this Congress and 15 minutes on one piece of paper thing to it’s a frustrating to all of us, but it’s just not helpful. There they’ve told the president of the United States to go to hell and he declares a National Emergency because we have a crisis on that border where there it is drugs, whether it is sex trafficking, whether it is human smuggling and the Democratic Congress who said go To hell, so why would there be any pretense any suggestion that they would suddenly become a walk Congress woken to their responsibilities to serve the United States president, and this Administration has failed to do in the last 90 days. We talked about this by 57 %. It is a new partner in Mexico and, in fact, more Partners in Central America doing something people said could never be done. Thousands of Mexican troops on the northern border, thousands on the southern border – none of this could have happened, putting up a wall which is beginning to Usher, border security and all of this without the help of the United States Congress, but an Innovative and adaptive president showing You know what this country used to stand for Ingenuity and can-do and talk about the final Rule and now requires people to claim asylum in the first country. They come to threaten the best thing for this country and someone who was actually fleeing persecution. And what about you? Here’S the thing over time! Acting Customs and Border Protection commissioner Mark Morgan joins FOX Business to discuss the latest headlines from the border.