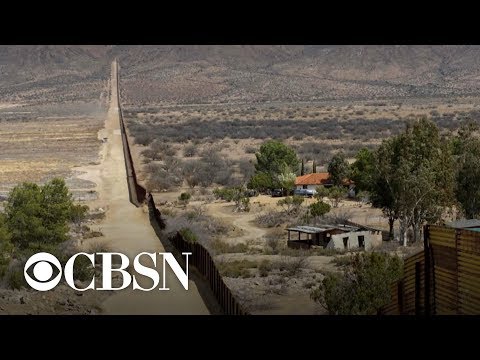 Immigration courts speed up “Remain in Mexico” hearings Immigration courts speed up “Remain in Mexico” hearingsImmigration courts along the US Mexico border are working to speed up cases for those impacted by the remain in Mexico policy. The executive office for immigration review confirmed cases. The remaining Mexico program requires tens of thousands of asylum-seekers to wait in Mexico, while their claims are processed. For more on this, I’m going by CBS news reporter Camila Montoya under the remaining Mexico program being sped up that oversees the nation’s immigration courts. It said they are trying to expedite this, as you mention tens of thousands of cases. Last number we got from the Department of Homeland Security was that more than 30,000 asylum-seekers have been placing this program right, so they’re required to wait in Mexico while their Asylum claims are processed in the u.s.. I so want to turn me on. He told me that one of the objectives of this ramped up an expedited effort is that the government wants to issue as many deportations as possible in the shortest amount of. time possible, as well, because one of the interesting things about this program Chris, is that the Vast majority of the Asylum Seekers Place tinted are not able to find a lawyer, so it’s very difficult for them to go through this play. Complicated Immigration Court system and the number of people in this program is rapidly growing on a weekly basis, correct a week right and and the number so high, because obviously the administration is expanding this throughout the entire border. But it is also betting on this program to deter migration right. They won migrants to know before they Journey North that even if they are go to the border and claim Asylum, they might be returned to Mexico while or have to be away from months right before. Even having the ability to seek asylum in the US rights for the administration, it is a policy of deterrence, the prioritising these cases over other immigration cases. What is the impact for people who are waiting for their day in court here in the US? These cases in the remaining Mexico program, but it might you know, contribute to the historic backlog in the nation’s immigration court systems when it comes to other type of cases right inside the us, because you will have to move resources include judges to handle these particular cases And you’ll have to be postponing are the types of cases like our family detention cases or other petitions within the US, and you know: why are the justice department branch.? What is the nation’s Immigration Court did confirm two days ago to me that they are postponing some of these cases in order to expedite the remaining Mexico hearings, and what’s the impact to take over talking about the immigration centers were there’s been a lot of reporting on Some of them being overcrowded: what’s the impact doing it this way on on the people there, the program has been effective right since the fall. Last year we seen The Surge, particularly in migrant family from Central America, and it hit a record high in May, but the past two month in June and July sing the number dwindled for the first time since last summer. So and the administration to you know the friends and 2/2 when they announced these drops and apprehension. They have directly both to an amped-up effort by The Mexican government to enforce their immigration laws, but also this particular policy which, as we mentioned before, has required tens of thousands of migrants to two-way to Mexico. Have you heard any reaction from people who are impacted by this remain in Mexico policy travel to the El Paso sector, which is, I met several families and I’m still in touch with one of them through WhatsApp and half the family was allowed to come inside. The us or noun Alabama, the kids, are starting school, but the dad and one of the child Citgo, because they were placed in this program and they have been unable to find lawyers right, and you know their case is not an anomaly. Mostly people aren’t able to find lawyers and when they show up to court their unrepresented for it’s very difficult for them to be allowed in the US. You know the family is going through. This difficult period would have little families here. Half of the other family is in Mexico and of course, they didn’t travel all the way from Guatemala to be separated. So you know if the father and one of the children how to come inside their thinking about going back to Guatemala. Thank you. Some great reporting or you can read it – cbsnews.com Immigration courts along the U.S.-Mexico border are working to speed up cases for those impacted by the “Remain in Mexico” policy. CBS News reporter Camilo Montoya-Galvez joined CBSN to talk about his reporting.