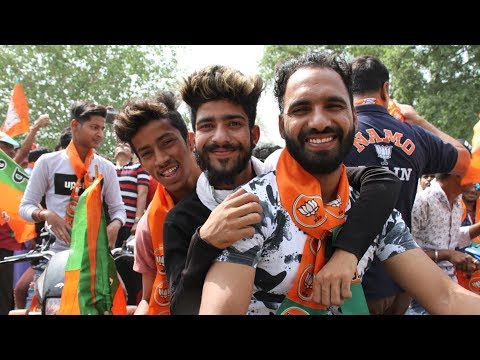 India’s 897 million voters make 2019 election largest in world history India’s 897 million voters make 2019 election largest in world historyViolence has broken out in India’s West Bengal State amid the second to last round of the country’s general election. The clashes, Flair between supporters of the current prime minister, Narendra Modi and an opposition Regional block Modi is hoping to gain seats in the area to off seat likely losses in the north, as he seeks a second term in office. More than 100 million people lined up across seven states to cast their vote. Arnala, I add, has the latest from New Delhi. It is won election, the biggest ever in world history. In fact, it is so the sixth of seven phases, where nearly 900 million people are registered to vote. There are countless parties, hundreds of them and so many local issues that you can see how complicated this can all get, but as Deli today. The one thing that is consistent across this country is the Monumental task it takes to put this boat on tens of thousands of armed police and hundreds of thousands of electronic voting machines are deployed for each phase. The vote, then 12 million civil servants are enlisted to run the elections and alcohol sales are also banned in an effort to discourage political parties from bribing people to vote for them. The national territory has just seven of the 59 seats being contested today and of the total 543 that will be voted on by the time this election exercise is over. What does it feel like as an Indian citizen when you watch a billion people, your country, putting on this massive boats, my area. There’s one thought I can leave you with at the end of all this. It is that India’s gigantic collection isn’t just one story. It is countless stories, and yet it will take just a few hours to tabulate and announce the results on May More than 100 million are going to the polls Sunday in the penultimate voting day — the sixth of seven voting phases held over nearly six weeks to choose members of the Lok Sabha, the lower house of India’s parliament.