Inside the huge new confinement structure over Chernobyl reactor 4 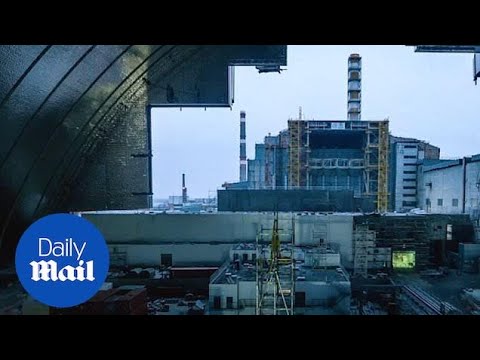 Inside the huge new confinement structure over Chernobyl reactor 4 Inside the huge new confinement structure over Chernobyl reactor 4If this was a very long long project, we have started here in 1998 with lots of Preparatory work, the required studies, some infrastructure had to be provided. Confinement was placed in 2007, so this is already 12 years ago. That’S the time it took to design and construct the new facility that you can see behind me. A complex construction effort to secure Chernobyl’s molten reactor’s core and 200 tonnes of highly radioactive material has taken nine years to complete. In 2016, an internationally funded project erected the largest moveable structure ever built, known as the New Safe Confinement (NSC) to protect against release of radioactive substances. The 108-metre tall metal, 36,000-tonne, half-cylinder (pictured) covers the steel and concrete sarcophagus that has shielded the open reactor core since November 1986, seven months after the explosion that exposed it. The HBO series (inset) does not show the sarcophagus being built, but it does feature the Chernobyl ‘liquidators’ – the civil and military personnel who were conscripted to deal with the fallout of the meltdown. Journalists were shown the new safe confinement shelter with all its equipment installed today ahead of its handover to Ukrainian authorities.