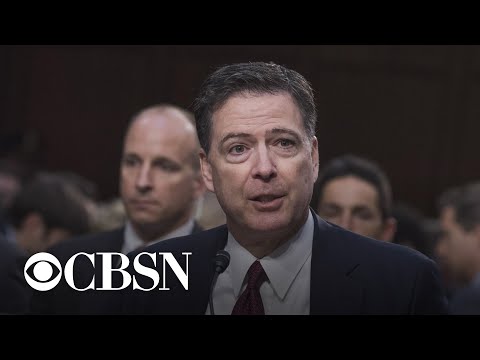 Inspector General report finds former FBI director James Comey violated policies Inspector General report finds former FBI director James Comey violated policiesThe justice department says former FBI director James Comey violated FBI policy by leaking memos about private conversations you had with President Trump. The Inspector General released in 83 page report Thursday is coming for setting a quote dangerous example. Information from those leaked memos, eventually led to the appointment of special counsel, Robert Mueller I’ll read, explains why combie isn’t expected to face charges. The president wouldn’t comment on camera about the Comey report, but earlier today he should be ashamed of himself. Then after mr. Trump fired him in May 2017, call me ask a friend to give the they also reminded referring to the earlier report, Penzeys of a private server, where he was also for breaking the president and holding a press conference to announce. There were no charges, which is not something the FBI does right well, given all of that, then Paula is this and victory for James Comey tweeting earlier today about people who have been suggesting he would go to jail just for being on Twitter, but he needs to Be careful there Elaine, because there are still ongoing investigations and argue that there’s a winner here there just aren’t the American people, the president’s the former FBI director, you to know one’s no one’s really covered in glory. Here we have to remember this investigation I’ll look into whether the president obstruct Justice of the he couldn’t be cleared on, hear you. address for getting a slap-on-the-wrist from the office of Inspector General and the investigations into the investigations continue. The office of Inspector General will release another report looking at the origins of the Russia investigation and whether there was any political motivation on the are the folks who are leading by the various agencies and the Attorney General William Barr he’s appointed us attorney in Connecticut Lane To handle any criminal conduct, that’s uncovered, so we’re far from the end of the investigation into the Russia investigation, Paula Reid, with important context there from the White House first. Thank you. The Justice Department said former FBI director James Comey violated department policy by leaking memos about private conversations he had with President Trump in 2017. In an 83-page report released on Thursday, the Inspector General criticized Comey for setting “a dangerous example.” Information from the leaked memos eventually led to the appointment of special counsel Robert Mueller. CBS News White House correspondent Paula Reid joined CBSN to discuss why the former FBI director isn’t expected to face charges.