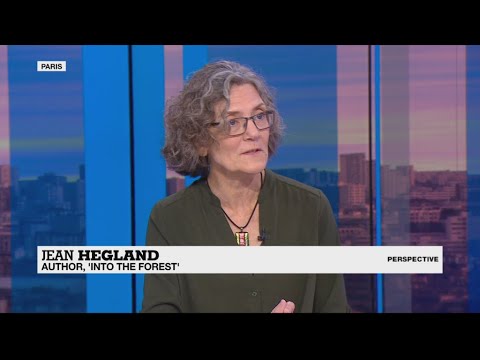 ‘Into the Forest’ author Jean Hegland on nature, sisterhood and survival ‘Into the Forest’ author Jean Hegland on nature, sisterhood and survivalNo two girls find themselves in a world with no electricity, no communication systems in Plano systems of any kind, really they have to harness the power of the land to survive in a world broken by overconsumption. That’S the part of a book that was written in the early 90s this week, speaking at a conference on ecology and the place of humans in the world, that’s moved into a forest where you running away from society or the Spokane from know. I wasn’t running away until from society, but I was embracing the forest husband and I moved to a place that was not terribly Anya, but we were surrounded by forest. Sounds it’s about these two very young women, teenagers, privileged American girls, who know their spoil their individual? Has they think that they’re going to have these Grandpa? There is one wants to be a ballet dancer and the other one wants to go to Harvard and during the course of the novel as Society slowly break down, they have to rethink all of those Ambitions which is not something I have to do. When you look at it that booking in the mid-90s, I mean we’re still dealing with the same questions, aren’t we today and you don’t have fighting moved on in anyway? No I mean when I when I was writing the book. One of the things that was kind of helping me imagine the the situation was my profound sense that consumption was getting was leading us down a really really dangerous path. I mean this was 25 years ago. It just seems so much closer now I mean I think that that that more and more and more of us to see more and more clearly that we can’t keep consuming and polluting the way we are new characters to like this credit rember that seem to be Carrying that on, do you think then, there’s still time to turn things around. You know in their major major shifts that we know that I’ve already taken place. I mean we’re going to have to live with way too much CO2 in the atmosphere we’re going to have to live with a change of climate, but I do think there is still time to change selves and our communities and our political structure so that we can Deal with those challenge perhaps avoid everything falling apart is infecting titled still time, and it looks at somebody with alzheimer’s is a roll of what we’ve learned by heart things. We can play really a lot of Shakespeare coming into a dino. Can you tell me a bit about that even come from this book? It’S it’s from the point of view of a Shakespeare scholar to a man who is devoted 50 years of his life to Shakespeare and when the book inside of the mid stages of Alzheimer’s and what he has left to help him continue to make sense of the World and grow and even try to reconcile with a daughter from whom bunch of Shakespeare, and so as many of us who have loved ones with dementia have learned it’s the things that you learn by heart and those early memories that stay with you. So he knows Shakespeare I mean that’s and your book slips between taking Shakespeare’s pros and he’s told Tannerite mixing with Shakespeare have to be quite please and intriguing to like Shakespeare Scholars, because you know that there would be a reference but who are indifferent to or even Allergic to Shakespeare would be Enough by the story. I’M not feel there’s nothing in the story that they are going to be tested on, there’s nothing in the story that they would have to understand. In order to appreciate you know that the human themes of the book, when one doesn’t mean what drives you to write your books, what what is that sparkly think was that’s the topic I have to put on the page. You know it’s, I think it’s just as lucky. Kind of Coincidence of these are the questions that are most interesting to right now, and this story is a container that would hold them and allow me to explore them for a long long time. Is there an essence of the things that you need to have to have to get out there in the world messages as much as as questions I mean for me, writing a novel is kind of this really and reading novels is a really really wonderful way of Examining questions and ideas and issues really deeply the answers. Everyone has to come to themselves and I have to say you’re a pretty good example of believe in yourself, publisher and now it’s it an international movie and it’s been translated into how many languages I would 15 again back to the forest in a very, very, very Different way, I’m kind of revisiting some of those themes and the issue of climate change coming in to talk to us and giving us your prospective my pleasure if you’re just joining us now, these are all top stories. This hour has been mixed results in parliamentary polls. In June is here which give no clear winner. Second, in prison, presidential candidate, novel Conway lawyers representing the Whistleblower who say they are not working individuals, multiple whistleblowers, including one with a first-hand knowledge of the events, Subscribe to France 24 now:
http://f24.my/youtubeEN

From apocalyptic tales to studies on Shakespeare and Alzheimer’s, Jean Hegland’s novels cover a wide range of topics. Her book “Into the Forest” was rejected by 25 different publishers but went on to bring her international success and be adapted to the silver screen. Hegland tells us about writing and the place of humans in the world.