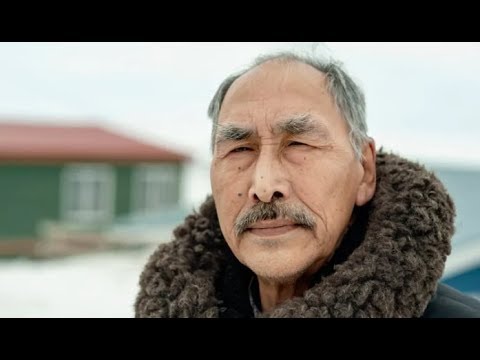 Inuit break silence on skin graft experiments Inuit break silence on skin graft experimentsThree days of hearings are under way in Winnipeg to settle a lawsuit is involved involving what used to be known as Indian Day School. The class action suit was filed against the federal government a decade ago. Analyzed the plan would provide peyote between 10000 and $ 200,000 to survivors of the view at these federally funded school. It’S estimated that up to 200,000 indigenous children attended the day school between the late 1800s and the 1970s after years of keeping silent any witch from igloolik Nunavut are now speaking out about skingraft experiments performed on them in the 60s, the survivors say that they did not Consent to these tests and they were not given any explanation – the CBC is Kirin Azure horn has been investigating the story and Kieran joins me here in Toronto. Their story. What have you heard from the survivors Carol? The story? I talked to two survivors: Lazar who’s, The Interpreter translator living in the blue, lick and Paul kwassa kwassa. The name might be familiar. He was actually the former premier of Nunavut. It was one of the signatories, Nunavut land claims agreement, the same story. They told me that in the late sixties, early seventies, just a huge amount of researchers were coming to do in a variety of tasks. They would see how a large in with skulls were, could withstand the cold, and they also did a series of very invasive medical tests, be skin graft, that’s where they cut skin off the arms of one enemy person attached it to another person. Now they said that they didn’t know why these test sleeping more than that are nearly 50 years now, and neither men men wherever informed, who have done the test or why? Why they’re done or what the issues were around it? Nice, I didn’t bleed where they would just start twisting it, and then you could see the skin you’re not being cut in a circle and they took piece of her from another person and then they would put them on on 2 hours. It was really adamant that there wasn’t any consent that he never gave any content at any time and he says that he shared and his uncle and he was saying that what he had done was. He was never given any kind of follow up and it’s been several years since that happened. This & I we were able to dig up this book. It’S from 2005 was written by Dr John B. Seter and he does celebrated medical practitioner. Fear in Canada. You received the Order of Canada in 1994 and in his memoir working for the University of Alberta back in the 1970s and in his Memoir. He talked about how in 1972 and did a series of skin grafts on enemies, skin graft work and other failed theories on a isolated human population. Now, if this was happening in 1972, he said that he did get consent for his work there. He called the community and I who could speak some enough to do. He wasn’t in. And he spoke with some of the elders and got the go-ahead from from them now. Quonset didn’t know any of this information when we were interviewing it when we sat down with them and when we talk to him. This was his first response, another human being that need to respect first, that I questioned the what was actually explained any naughty two to the people to the elders really dismiss the idea that Elders could unilaterally provide consent for other people for invasive medical procedures. Now, both at what time can quasars said that they totally disagree with what happened, but also interesting. We also felt differently overtime in his Memoir. He reflected on the ethics of his research, gone far enough to get meaningful consent from the people they were researching on, but both quartz and said that he’s never tried to reach out or to apologize or to engage with them. Now the two men, as well as some more maybe after 10 people, are working with a bass, Law, Firm, potentially seek damages or an apology we reached out to dr. Sattar, he’s still alive he’s in his nineties. He declined to be part of the story, so did the Departments of indigenous services, Health, Canada also, I declined. It said that it wasn’t their place to speak to this other University of Alberta, where John Cena was working at a time, did right back on. They said in an email that in 1972 they didn’t have a robust overview research on human Huebner and very differently. I pushed back a little bit. It was done by a University of Alberta, employee. The people were very upset with that, and their answer was that no one’s ever made any complaints to them and that might have something to do with the fact that we did this reporting. I need a quonset or anyone. We’Ve talked to news at the University of Alberta was involved or the doctor doctor is involved, so that might change in the future. There might be future complained that we don’t know we’re going to have to wait on that. They do Inuit from Igloolik, Nunavut, are breaking their silence on skin graft experiments performed on them in the ’60s and ’70s. The survivors say that they did not consent to the tests, and they were not given any explanations. CBC News uncovered the reason why those experiments happened.