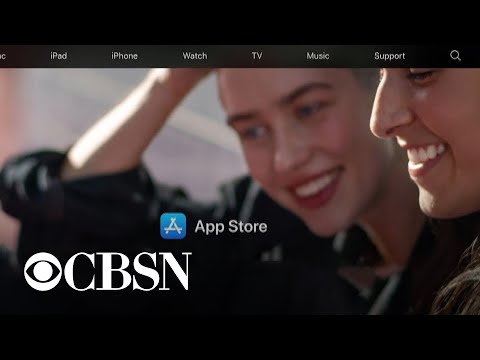 Investigation finds 1,500 complaints about unwanted sexual behaviors on apps sold through Apple Investigation finds 1,500 complaints about unwanted sexual behaviors on apps sold through AppleApple touts, it’s App Store as being a quote safe and trusted place, but according to a Washington Post investigation, more than 1,500 complaints of unwanted sexual behavior has been made against several popular networking. Apps found in the tech companies App Store and some of those so-called random chat. Apps often Target children read as a parent. I read the story and it’s so terrifying, but you also have to think what kind of strain chat app is ever safe. I mean they say that there are some controls on them, but any time you’re chatting with strangers and end your underage, that’s a potentially explosive situation. Isn’T it? I think you make a really good point and Poinsett the former head adapter review at Apple actually made in these that you know people that will know that these outfits are are not stated, and there was some discussion about whether or not they should even be allowed. The outdoor tall is sort of way for users, flag, inappropriate content. My problem with that is a parent. Isn’T the content after it’s happened that inappropriate images already been flashed across your kids. Free is responsible for policing the App Store Reed and how is that done exactly they’re based overseas they’re hitting a shell companies? Explain if you will have these so-called random chat, apps work exactly you look, how pretty much instantly you are being asked if you want to chat with so-and-so username from somewhere in the world and you either hit accept or decline and then do you accept you’re, basically, Skyping with a stranger who could be anyone anywhere in the world at any age, it should be 18 or over right, because, if you’re, if you’re chatting with adults, you know it shouldn’t random adults strangers, you shouldn’t be able to connect with miners. It seems to me, but you know hey, can you sound like a parent who is Kris talking about the stuff, especially the kid who found their kids were using his ass and had gotten into some pretty bad situation, told me that you know they were really just Surprised they didn’t exist on the App Store. The moral of the story is of your apparent need of don’t believe the hype from Apple or any of any of these ask manufacturers. You know you have to look at this. All with a very cynical are different from more traditional social media apps. That’S why I think parents are getting sucked in because we reach the Comfort level right with Facebook and Instagram. We understand how those work and we feel like all right – I can handle it. It’S safe enough, but this is a different right. Read majority of the interaction on those apps are probably find where these apps these random chat after teen chat on, I think 100 % of the time start a bad experience and they didn’t really mine. But obviously, if you look at these reviews, a lot of people did mine a lot of pretty pretty serious day to sort of create separate chat. Apps, where you know you have you’ve, somehow been able to prove it. Everybody in this pool is between this agent. I Know It’s Tricky online, because an amenity is part of the best, but if it leads you could sort of your age group and then you could randomly chat with others within that age group unless of course you’re over 21 – and you know anything navigate. Teen chat group or, like a preteen, chat Italian. How old you are. It’S basically just hit a button and say yes, I’m over 17, an account of a nine-year-old. So this is an appleid nine-year-old account downloaded one of these 17 + apps and a little window. Pops up and says: are you over 70 and get gas and now so it’s like we’re, not even at the point that you’re talking about 17 day still allow you to download and by the way, conversely, read there be plenty of people out there. Who’D love to pretend they were under 17 right to get into these to get into these chat rooms. We know these apps and there needs to be more protections in place where they’re involved, but so is this just a clear case of greed. You know that the app stores are a little slippery about it, because they simply make more money percentage of the of the revenue for me.. They do have in-app purchases where people can gift each other virtual Goods in that needs washed out for rewards, which is a whole other issue in itself, but here is drop in the bucket, so I think, there’s also kind of day there’s also this philosophical debate. It happens. This is one of the reasons we didn’t looking at Google as closely is that Google doesn’t claim the enclosure. So it’s a question here in the narrow focus of apple apple, more than Google, for exactly the reason that you outline send misplaced parents should know. Then you know that should be clear, but I think cleaner then, and maybe that’s not Warrenton. You know. Let’S say you are a kid. Is there some stuff that somebody who has covered in tech industry for a while was? I was shot that these apps exist on the App Store, be totally honest, and I tend to be someone who looks at these things. I need to have your skeptical. Thank you so much for joining us. A Washington Post investigation has uncovered 1,500 complaints about unwanted sexual behavior on “random chat apps” sold through the Apple store. Washington Post reporter Reed Albergotti explains to CBSN how these apps could put children at risk.