Iran: “Even if the people are moderate… there remain impediments in the international community” 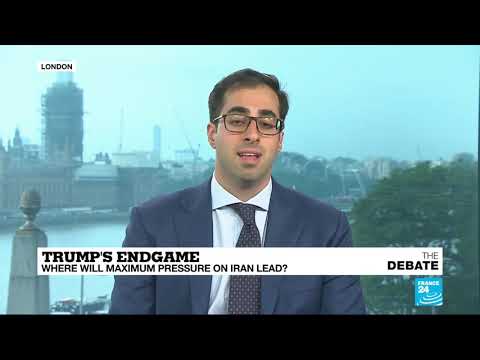 Iran: “Even if the people are moderate… there remain impediments in the international community” Iran: “Even if the people are moderate… there remain impediments in the international community”There’S one thing that John said that that I agree with, which is that the Iranian people are basically looking for moderation, and we know that they’re looking for better economic opportunities. But we have to remember what exactly the last few years show me: Ronnie people if you go back to 2013 Biryani people overwhelmingly elected president with a specific mandate, not only to go out into the International Community and address some of the security Powers by coming up With a nuclear deal, but also – and this is often forgotten to embarc – on a significant campaign of domestic economic reform – actually about rooting out corruption and limiting the role of the irgc in the economy, your project – and he and his administration push that project forward because it Was the basis of their electoral support, but we arrived at the Trump Administration and we arrive at basically their rejection of the jcpoa. Now we’re in a situation that if the people are moderate, even if they use their institutions to elect governments genuinely interested in Economic Development, there remain impediments in the International Community. Because of this notion, that Aaron is a Moline doctor, and my concern is that allergic reaction. We have two economic engagement of Iran, which is funny because we’re talkin about economic engagement with Palestine, as though it’s the solution to all problems is going to continue to be the barrier to the United States, properly account for how to deal with the security dilemma and The regional anxieties are presented by the Iran nuclear file. Esfandyar Batmanghelidj, founder of Bourse & Bazaar, explains why the Iranians elected Rouhani.