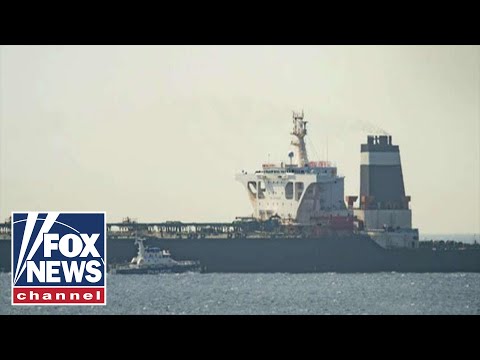 Iran tries and fails to seize British ship Iran tries and fails to seize British shipIs breaking news this evening reports that are members of Iran? Revolutionary guard just tried to see the British tanker in the Persian Gulf as it crossed into the Strait of Hormuz. Initial Reports say that that attempt was unsuccessful, although something that the Iranian president threat. That is something I should say that he threatened to do just yesterday in retaliation for an anchor that was seized by the British earlier. This week also knew tonight the regime accusing the United States, I’m calling its sanctions quote. Weapons of warfare after President Trump today threatened more sanctions soon. Unilateral sanctions as an instrument to coerce sovereign states and private entities should come to an end when I was supposedly is Maria Fernanda Espinosa, president of the United Nations General Assembly. What’S your reaction to this news that it looks like, according to these reports, a Ron actually did try to seize this tanker. I think that the United Nations is about peace and security is about preventing conflict, it’s about dialog, it is about diplomacy and that these are the principles that we stand by parties in all countries in the region. Dexter my exercise maximum restraint and take measures and actions to reduce escalation and end the tension. So what would be the un’s message tonight about what appears to be happening on the part of the Arrhenius call? Sykes Ace is about, dialogue is about conversation, and it is about complying with the commitments we have agreed upon is that it feels like it doesn’t have any teeth, any ability to stop them. This body of Nations. That was, you know, to try to be a collective against these sorts of things. What do you say sample? The nuclear agreement was signed by several parties, including the permanent members, the five permanent members of the security Council, the European Union and Iran and in the case of the new 30, and he has to be complied by signatories. And it is important that we comply and abide with, make not a pact that was achieving his goal and wanted to remove the United States from that here he is last. The next appearance of the president are in September watches. We cannot allow our regime the chance death to America and that threatens Israel with Annihilation to possess the means to deliver a nuclear to any city on Earth. Again, I think I would invite public opinion to read the UN Charter, where the United States United Nations General Assembly president Maria Fernanda Espinosa discusses tensions with Iran on ‘The Story.’ #TheStory #MarthaMacCallum #FoxNews