Iranian president lashes out at Trump 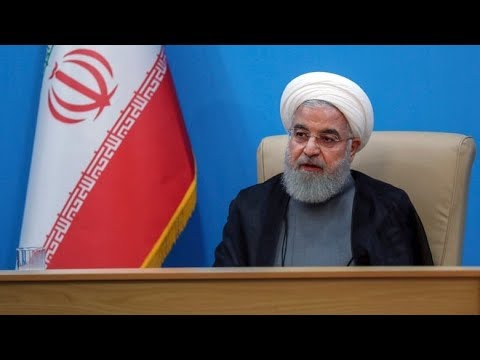 Iranian president lashes out at Trump Iranian president lashes out at TrumpSo now we have the latest on the u.s. and Iran a day after Donald Trump it around with new economic sanctions or Ron’s leader is lashing out from Washington with morsel Lindsay. What is the Iranian president say? There certainly is a taunting and mocking language to what we’ve heard from Hassan Rohani today he’s afflicted by mental retardation and then went on to say that the negotiations with the United States is certainly doesn’t exist that the latest thing she has certain failure on Donald Trump And this comes after sanctions, aarthi that were designed to irritate the top leadership of the Islamic Republic. The supreme leader of Iran was targeted, as was at several military errors and even the country’s foreign minister, and now we know security advisor John Bolton is in Israel today. For talks with the Israeli Prime Minister, in it top Kremlin advisor location of where things could go next is very much the same languages he has as this crisis or situation has escalated. He repeated to the phrase that just because the strikes did not happen last week, Disney ain’t that the United States should be perceived by or ran as weak as he talked about all the things that the United States would want to see from Iran. In order for sanctions to be removed or or backed away from, and that go far beyond new nuclear agreement on terms favorable to the Trump Administration, but talks about the influence of a ran in the area. The use of proxy wars and ballistic missiles and Bolton said that the door is open if Iranians want to speak, here’s, how do you phrase it to completely in verifiably eliminate Orion’s nuclear weapons program, pursuit of ballistic missile Delivery Systems, its support for international terrorism and its Other noeline Behavior worldwide all that Iran needs to do to walk through that open door. In the comments that we’re hearing from around today, I think the chances of that dialogue happening really anytime, soon swing very slim, aarthi Iranian President Hassan Rouhani has called new U.S. sanctions against Supreme Leader Ayatollah Ali Khamenei “outrageous and idiotic.” Rouhani also described the White House as “afflicted by mental retardation.”