Iranian woman sentenced to 24 years in prison for removing hijab 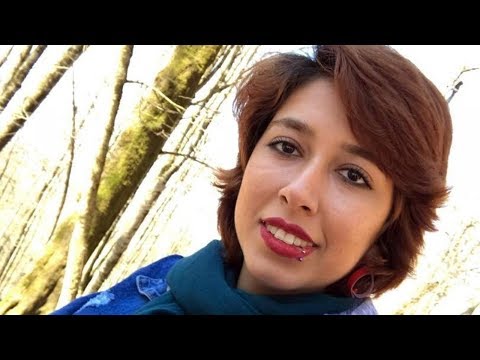 Iranian woman sentenced to 24 years in prison for removing hijab Iranian woman sentenced to 24 years in prison for removing hijabA 20 year old Iranian woman was sentenced this week for removing her hijab in public body was handed a 24 year term by the hands revolutionary court. She was taking part in the white Wednesdays Campaign which Subterranean women who are protesting for their rights in the Islamic Republic. They do so by removing their compulsory headwear to reveal their hair in public. Our next guest has been following Saba story right from the beginning: Masha Ali nejad is an activist who lives in the United States and she started the white Wednesday’s campaign. That’S where Iranian women, as I just mentioned, wear white head scarves or clothing and protest and they also remove their hijabs in public. She joins Chicago Mafia, very good to speak with you. Let’S begin with getting your reaction and the reaction in a run to Saba’s arrest. Very shocked when removing prison, it was broke my heart, so I was very, very upset that how can I help her? But the reaction was amazing, mother. She just used her camera and she wore a white head scarf. She just talked to the rest of the word to get celebrities to journalists to Muslim communities to the woman removing hijab. You know cause my daughter to be in prison, but there are a lot of celebrities who’ve or had job they travel around. The vote for the president Adam received any backlash any support as a result of her, speaking of because Saba was under pressure to do. Fashion against. So this is what actually Amnesty International had an investigation in solitary confinement, 211 to. is remarkable. I don’t want people to miss what you just said, which is told to wish death to you and to the white Wednesday’s campaign, and she refused to do that and we know she’s being punished in part. Because of that is not alone, and in a few times you started this white Wednesday’s campaign to raise awareness for women to raise the rights of women’s issues and concerns within a neuron. Does it still have the momentum it had a couple of years ago when it started? What’S a good question, only in August 6th women who protested against the received old together 100 more than a hundred years prison failed. Let me give you one example: the day one, the head of the Iran revolutionary announce yourself prison. I choose to these harsh imprisonment, so you see the government want to keep our silence. The government arrested the government arrest. It’S the reaction of the Muslim communities around the international failure. There are 10 women in prison just because of removing this piece of cloth there fighting against one of the main pillar of the say: anything. they put them in prison just because the movie, the media, the risk. If you send me, we have to leave the conversation that I want to. Thank you very much for your time. Thank you so much for having us this morning from Chicago Iranian civil rights activist Saba Kord Afshari has been sentenced to 24 years in prison by Tehran’s Revolutionary Court for taking off her hijab in public. The 20-year-old is part of a growing movement called White Wednesdays, where women remove their hijabs and take the risk of posting photos online.