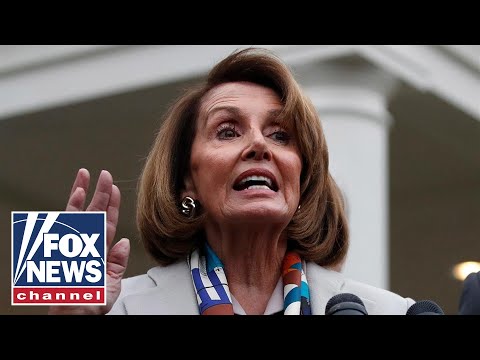 Is Democrat infighting threatening the party’s 2020 chances? Is Democrat infighting threatening the party’s 2020 chances?Procedures in Washington, but isn’t AOC the de facto leader of the Democratic Party. I got served in Congress, but I worked on Capitol Hill and I’ve worked on a lot of different political races as well in campaign. I just find it so interesting as someone who’s been on the receiving end and Republican politics of all the infighting report. So it’s fascinating to watch I’ll. Tell you that it is so interesting because the leader of the party is who is driving the discussion. Whoever is driving that discussion is pushing public opinion and they are leaving the party he is responding to what the squad is. Laying at as the agenda look at everyone is a presidential candidate decriminalizing crossing the border. Are you for free healthcare? Are you for all of these free tuition? Are you for the green New Deal or the new Green New Deal and they’re all tilting left? Why is that? Because you have some from the left who are new to Congress, they are in the den attic parties. They are setting the agenda. You know there is a bill that has a lot of bipartisan support. Harley mine even support it. It is the usmca the trade agreement with Mexico, Canada and the US that would pass it’s Nancy Pelosi put it on the floor. It would pass a house and absolutely would pass the Senate, but I don’t think she has enough control to get it or because the left and the squad and they’re going to tune up against her today. Read my message, and that again is why we can – and that is where this party, as if you look at the largest caucus within the entire house. It is the new democrat Coalition and has over hundred members are very business-oriented Democrat who want to get them. Those formally read Congressional District from taking a vote on impeachment and potentially putting the house and play the ballot. You can see how those voters have returned to the Republican party and head out to the polls for Congress. Would you see this boat as a debate going on? Do you see as a healthy policy debate or something that is actually political problem cock? Is I’m proud of the fact that the Democratic caucus 40 % of it is women versus seven and a half percent for the Republican party? We also have a broad and depth and breadth. Representative 7/2 percent are women, and if you look at people of color, you also see the Democratic caucus, the clear representation of all of America. When you look across at the Republic very different View, because we have such a diverse membership of the democratic caucus, we are going to have spirited debates on which direction the country should go, and I think it’s healthy. We need to talk to each other. We need to have these issues if I had a gentleman at a conference. I was at political views, raise their hand at the second question. Who here thinks our country would be better off with one party not one hand, went up. People from the other party start talking Solutions forward on behalf of our community, I’m so sorry, we A battle between House Speaker Nancy Pelosi and progressive freshmen lawmakers is heating up amid the White House race. #FoxNews