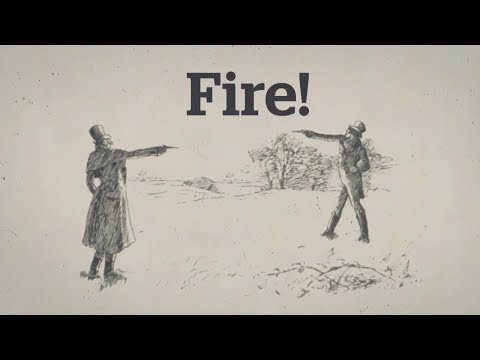 It’s been 202 years since Toronto’s last fatal duel It’s been 202 years since Toronto’s last fatal duelJust over two centuries ago, on July 12th, 1817, young and college is where Toronto’s last fatal dual took place on the inside John Rideout, he’s a student working in a law firm and on the other side, Samuel, Peters, Jarvis and boy did they have bad blood? For two of the big founding family, what members of the family compound consists of a conservative or really that kind of control the city shooting for a couple of decades, so the kids hate each other. We were Neighbors on Adelaide and went to the same church in the Toronto Book of the Dead, a small town founded 25 or so years. Earlier 1817, the two got into a fight on the street and Rida challenged Jarvis to a duel. Yeah, that’s something they did back then, but it was illegal. So, the next morning the two met here on the northwest corner of Yonge and college, and they what’s called a second. Basically, that’s a witness to make sure that everything’s done honorably. So here are the rules to make it honorable. The second counts out one two: three fire: neither party is allowed to raise their stop until the word fire, but right up jumped the gun shooting on to he missed and was now in trouble. Nobody knew what to do with that point: what the rules and honor dictated little Hudl. We should go stand in the spot, where he’s taking his shot from to Jarvis, to take a free shot at him like they. Some people might have missed that shot on purpose. Since that might have been the most honorable thing to do, Steven John Riddell hit him in the shoulder and cut through his throat and windpipe. Another story of Jarvis, Jules Racine is the proper thing to do ended up getting off scot-free. The loser of the duel was buried at st. James Cemetery. His grave makes no mention of the duel. Only that quote AB light came and he was can early grave On July 12, 1817, John Ridout and Samuel Jarvis — members of the two founding families of Toronto — engaged in the last fatal duel to ever happen in Toronto. CBC Toronto’s Chris Glover spoke to author Adam Bunch about the moment in history.