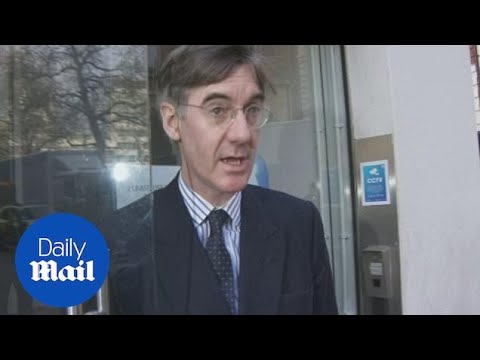 Jacob Rees-Mogg says he is thinking of backing May’s Brexit deal Jacob Rees-Mogg says he is thinking of backing May’s Brexit dealIf you’re not yet, I think this is a bad deal election is he who keeps in the European Union pretty much indefinitely? The Commons Speaker cited a 400-year-old Commons precedent to inflict an extraordinary blow to Mrs May’s hopes of getting her EU divorce through Parliament unless it is ‘substantially’ changed. Mrs May had planned to go to Brussels on Thursday and apply for a ‘long’ Brexit delay unless MPs show they are ready to back her deal by Tuesday night. Now Mr Bercow used a precedent from April 1604 – used 12 times in the Commons since then – to warn the PM that she must significantly change her deal if she wants to force another vote on it before March 29. It means that if Mrs May wants to force MPs into another vote after the EU Brussels summit this week she will have to ask Mr Bercow, who would have the final say on whether it goes ahead. The Speaker, who gave an urgent statement without telling No 10 first, said: ‘If the Government wishes to bring forward a new proposition that is neither the same or substantially the same as that disposed of by the House on March 12, that would be entirely in order. What the Government cannot legitimately do is resubmit to the House the same proposition or substantially the same proposition that was rejected by 149 votes’. Unless Mrs May can make an acceptable change, the Speaker’s intervention means the PM’s deal will be killed off with No Deal or a long-term delay to Brexit the most likely options.