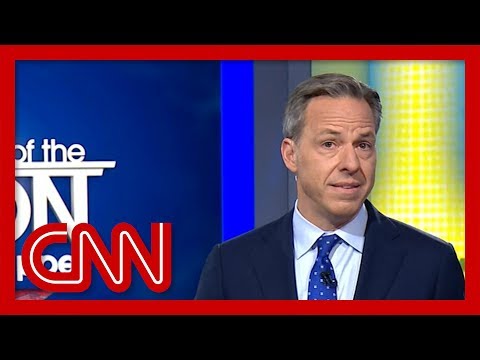 Jake Tapper: History will one day come looking for today’s GOP Jake Tapper: History will one day come looking for today’s GOPFrom the moment that Wisconsin Senator Joe McCarthy began his smear campaign in February 1950, up until his censure by the US Senate in 1954, the story of what’s the story of indecency and lies and law breaking the story about just how much we’re willing to take. After all, many of them knew he was doing, wasn’t just wrong with corrupting, but they were afraid of him turning his sights on them. They feared the wrath of his political power. You know when you go back and read about that.. What really stands out is how much McCarthys contemporary are judge today by how they handled him a hero of the current Senator Susan Collins of Maine standing up to McCarthy her Declaration of conscience in 1950 as her finest moment in politics. Conversely, stands the example of Ohio. Senator Bob Taft, the Senate majority leader, who knew better. He wants called McCarthy McCarthy’s charges. Bunk Taft essentially ended up canceling his lot in with the smear artist from Wisconsin to have no doubt hope that the political calculation would all pay off when he ran for president again and then begin truly fighting his own legacy. The problem is dead in 1953. Is now part of his? There are wrongs in the world. Smearing innocent people is one of them using your political office to push foreign Nations to dig up dirt on your political opponents is another one. That is not what foreign policy you know this. I know this and I would bet the most Republicans on Capitol Hill know this. They would do well to remember the lessons of senators, Smith and Taft, because history, she will want to know what they said and did during this time, and she will likely not be in a forgiving mood. CNN’s Jake Tapper takes a look at how lawmakers’ legacies live on based on their responses to Sen. Joseph McCarthy, and how history will see Republicans in the era of President Donald Trump. #CNN #News