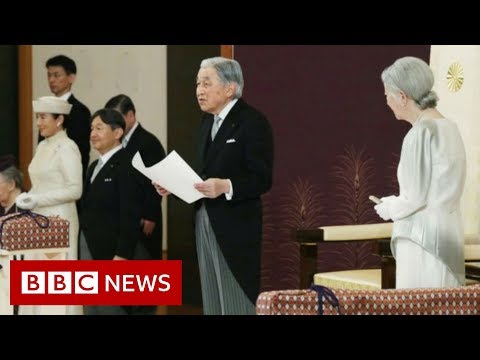 He is the first Japanese monarch to stand down in more than 200 years.
The 85-year-old was given permission to abdicate after saying he felt unable to fulfil his role because of his age and declining health.
Crown Prince Naruhito will ascend the throne on Wednesday, beginning a new era.
The emperor in Japan holds no political power but serves as a national figurehead.
Making his final speech in a Western-style morning coat, Akihito said he “wished Japan and the world peace and prosperity”.

This video contains no commentary