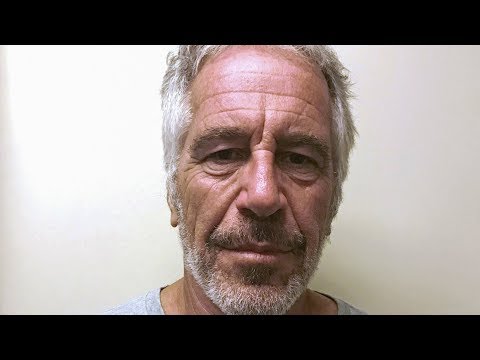 Jeffrey Epstein dies by apparent suicide in NYC jail Jeffrey Epstein dies by apparent suicide in NYC jailWe begin with breaking news out of New York reports that American financier Jeffrey Epstein has died by Suicide. He was facing multiple sex offense charges and being held in a Manhattan jail. Let’S bring a Natasha Fatale who’s on the story for its really just in the last hour, so Natasha. What do we know at this stage? We put so many reports coming from American Media indicating that this incredibly wealthy, well-known, find a financier Jeffrey Epstein, who was being held in a Manhattan jail cell, has tide and reportedly killed himself to the latest report is coming from the Associated Press and they say Manhattan. Medical examiner’s office has confirmed that he is dead. What Still Remains up in the air is how he died. Media are saying that he has killed himself CBC News has not independently confirmed these. Details were trying to do so as we speak, their producers making phone calls to the police right now, but if, in fact he is dead, this is a traumatic occlusion to what was at an incredible legal story to remember that the 66 year old was arrested on July 6th he’s being held for multiple charges of sex trafficking and conspiracy for reportedly running an underage female sex ring where he was selling young girls to wealthy politicians and celebrities for sex and doing this out in various parts of the country on his private jet and Other location, so there was a lot that could have been revealed, sordid details that could have come out about other individuals and in fact, just last night doesn’t and dozens of formerly unrevealed documents were unsealed by the court system and they revealed for additional names of men Who supposedly had sex with under girls as a result of having friendships with Epstein and included? Prince Andrew of Britain, the very famous lawyer, Alan dershowitz? We should note the dershowitz has denied the allegation that have many of the men who have whose names have come up and all of this worth noting that Epstein had pleaded not guilty and asked for bail. He did not receive bail and then just three weeks ago I believe he had been placed on suicide watch because he had been found unconscious in his jail cell with injuries that seem to indicate that he tried to kill himself at that time. So the question is becoming: if you are on 24-hour suicide watch. How does something like this happen? Besides him for that lights into senior Trump official, cutting that deal with Epstein in Florida? So, with all this going on what happens next official word on criminal charges against him would be dropped if no one to charge anymore. There’S a lot of people that they’re probably breathing a sigh of relief that their name is not going to come up. That is talking to be dragged through a trial system anymore that you mentioned, because this region did have to step down, and there are those ongoing investigations into how various police forces were investigating Epson. When these allegations came up years and years ago, this was someone who kept coming up with allegations around running a sex-trafficking ring. There is some residual effects, even if I’ve seen is gone and again we still have to confirm that independently, even if he is gone, there’s still a lot of digging this going to happen and they’re still document that are going to be unsealed. So we’ll wait and see how this whole thing develops. A victim’s now will not have their day in court that he will penalized I’ll, be less afraid now. Hedge fund manager Jeffrey Epstein was found dead by apparent suicide at the Metropolitan Correctional Center in Manhattan. He was to stand trial on sex-trafficking charges next year.