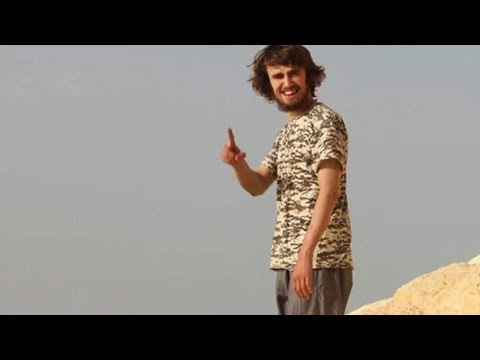 ‘Jihadi Jack’ loses U.K. citizenship: reports ‘Jihadi Jack’ loses U.K. citizenship: reportsBut we wanted to get with the breaking news out of Ottawa this hour. The federal government is confirming an Isis fighter. Dub Jihadi Jack has been stripped of his UK citizenship and that puts a potential bind Jack whose real name is Jack. A Canadian citizen, through his father., He was captured by Kurdish forces while trying to enter turkey in 2017, but with his birth country disavowing him. Ottawa must now assess its role in his case. Has she has the latest on this because we have just heard from the Canadian government we reached out to them soon as the story broke? What are we now hearing image of Canada is aware that the United Kingdom has revolved Jack lets his British citizenship. Let’S bring a part of the statement as it has been released to CBC News. The ministry says: terrorism knows no borders, so countries need to work together each other safe. Canada is disappointed that the United Kingdom has taken this unilateral action to offload their responsibility. So some pretty strong words coming from our federal government that statement now they go on to say that investigating arresting charging, a Prosecuting, any Canadian involved in terrorism or violent extremism is their primary objective. They must be held accountable for their actions, or this person is still a Canadian they’re saying he still needs to be held to account. They say the government is aware that there are other Canadians who are in Syria right now and that they say they also have no legal obligation to help facilitate those Canadians return to Canada. They say we will not expose our call officials to undo risk in this dangerous part of the world and they say we are not able to comment on specific cases. So that was the official statement. The characterization of the Canadian government’s reaction to this is false. You can see it’s aggressive the communication between the UK and Canada. They say. While we are disappointed in the UK decision, we do not conduct tit-for-tat diplomacy OC together on a number of issues, including what’s happening in Hong Kong. This and many other issues were discussed during the UK foreign Ministry of Foreign secretary Rob successful visit to Canada earlier in the summer, the impression being that they’re clearly was some sort of miscommunication that perhaps not consulted when the UK move forward and if they were consulted. They weren’t happy with the ultimate decision made by the British female. That was saying that this has created a diplomatic Rob between did an audit. Why? In fact that, although I may have a punished London saying that they were not necessarily going to go ahead with free trade deal post-break, that’s so really that’s a clarification. But what is also clear here is that we’re not talking about just report Auto what is confirming that the UK has his citizenship to this country. That Jack left actually have Sally. Lane is a British Citizen, and so that’s how he has his dual nationality. That’S why? For so long it was confusing to take responsibility if anybody for this young man so as I said it’s 16 years of age by 18, he drops out of school in the UK, decides to go to Syria and become an Isis fighter. He gets this moniker he’s. No longer but oratory where he and his other Isis members are fighting they take over, they take aptive and Jack. Is one of them he’s taken into custody in May of 2017 and then becomes an international issue of who takes responsibility? Do the British or do the current get to decide what’s going to happen to the sky and so in January of 2018 Jack? Let’S gives an interview where he says he knows he’s made mistakes, but he wants to come back to Canada. Let’S have a listen to that Canada. Any place other than here is is better tell my mom. I’M sorry tell my Dad. I’M sorry tell them if I ever get out of this place, I’m going to try. That’S him in his own words. Last year, in January, worth noting that in June of this year, both his parents were convicted of funding terrorism because they were sending him money, while he was an Isis fighter in Syria, but also at the UK. I finally Auto is worth so. Let’S keep on this story, but for now thank you for that. Natasha ISIS fighter Jack Letts, dubbed ‘Jihadi Jack,’ has been stripped of his British citizenship, according to reports. The move puts Ottawa in a potential bind because Letts is also a Canadian citizen.