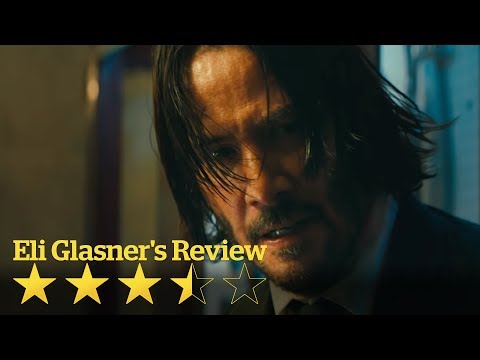 John Wick 3 review: Keanu Reeves gets physical John Wick 3 review: Keanu Reeves gets physicalLooking forward to meeting you for a long time so far, big green assassin, Keanu Reeves is back for more is John Wick in Parabellum, the Canadian actor shows off his son skills. Again. This is the third installment of the trilogy and based on the previews. What it looks like Wix filter stay out of trouble, but that’s why we like it the man in the memes right, like the images, all our versions of Keanu Reeves, are almost bigger than his actual performances than and himself. How far do you want to go back to Bill and Ted’s Excellent Adventure? He started out then and then to Matrix. I don’t think anyone thought he was a particularly fabulous after he had this kind of blankness to him, but you can project what you want on to him. Can you get the mean, so I can do sitting, sat on a bed comfortable with himself and then turn it into whatever we want. We had arresting presents this integrity. I think he’s like the Mick Jagger movies, there’s no one. He is singular and as he gets older, I even getting better Walmart if you haven’t see Matt, so he plays John Wick on the world’s greatest assassin in the first movie. Some people did some bad stuff to him and he returned into action and killed them all. Very dead, but at the end of the second film he killed someone he shouldn’t have, and it is all about the consequences. So he operates in the world controlled by the high table. These crime Lords. That set the rules. Will he broke the rules behind the tattoos and the glasses and they spread the news that John Wick is excommunicated and away? We go. Wonderful, the Continental, this kind of safety in the world of the Shane can do with syllables. What can talk is is a symphony bad guys. I don’t know if she’s Russian or just have an accent as big as hell in this movie was not exactly subtle, but it is fun. So here’s her response when he asks for a favor high table 1C analyze. How can you cite the wind? How can you smash them out, so I can you better the ocean? How can you bury the ocean? Let’S not forget Halle Berry she’s, also in this, and she plays Sophia who also has a path and as you can see, I’m not exactly thrilled. That looks like you do realize that I’m management I’m not service anymore Jon. So I don’t go around shooting people in the head training with dogs, because, if you’re upset about what happened to Wick puppy back this time, the dogs bite back, they are furry. Fangs Demons of Vengeance and Barry can really hold her own with those months. If you like copious amounts of head wounds, this movie is for you. The action is The Best Stuff. 3 1/2 out of 5 Keanu Reeves’s action sequel, John Wick: Chapter 3 – Parabellum, is packed with violence, but it’s the intimate moments that stay with you.