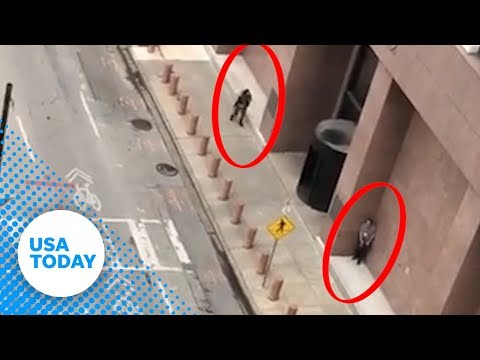 Journalist nearly spotted by gunman in Dallas, Texas | USA TODAY Journalist nearly spotted by gunman in Dallas, Texas | USA TODAYNfl, when I realized, Please Don’t Pass Me Vision, I don’t want to see you just pulling up to see who it was. What way did I said he’s coming down this way? I hope he doesn’t pass me because if he passes me he’ll see me and if he sees me with a camera, he look like he will shoot me in a lot of ways. Calm when the camera goes up and something I learned long ago and you promised Centers is that I can, I can deal with it as long as it’s A journalist seen on video was nearly found by a gunman in Dallas.

Photographer Tom Fox was at the Dallas federal courthouse when he snapped a photo of a masked man. A few seconds later, he realized it was a gunman.