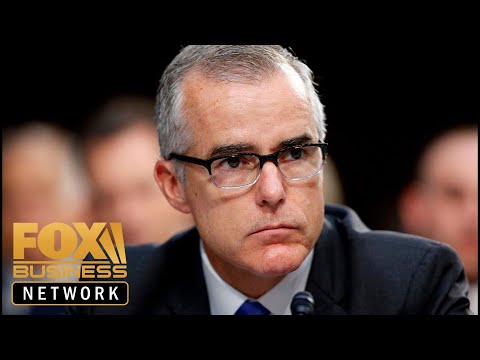 Judicial Watch sues for records that allegedly started Spygate Judicial Watch sues for records that allegedly started SpygateIs the president of Judicial Watch? Why do you want this particular document that led to the infamous intelligence investigation Spygate targeting then-candidate Trump now Devin Nunez has gotten to look at least a redacted version of this document and he concluded there was no intelligence. So was this: another fraudulent document are being raised up there to distract from the fact that there was no basis to investigate Trump. We want the information and we had to sue the justice department, the FBI, to get it – and this is just one document were asking for and they die want to even give us a redacted version cover up an abstract email between the malar Droid X, spy, Christopher Steele, who was peddling his phony dossier that helped initiate the probe and the fisa warrants line and spying talk to us about that. Well, there’s two big issues that popped up in the last week. I we’ve gotten new documents that, from the state department previously undisclosed, including classified material, that Christopher Steele, was sending to the state department, his friends at the state department, under Barack Obama, between 2000 Virginia 2016. I think it was at least, as I said, 2,000 documents mm reports on Russia, and so he was well-positioned to go to the state department during the campaign with his dirty dossier, targeting President Trump, because he had this long-standing relationship he may as well have had it Desk at the state department, given the numerous documents he was sending on Russia policy, remember steel wasn’t just working for Hillary Clinton. I he was working for Russians on the other side, meaning Putin Affiliated Russians on these issues, so documentary found Greg that show that he was paid 11 times during the campaign by the FBI. He met with the FBI 13 * 11 of those times in a Fusion GPS who, by the way, is now invoke the 5th and good idea Glen, but a little late. These guys are peddling their phony dossier, not just to the FBI but they’re peddling it to the Department of Justice, Bruce Ohr information to Andrew Weissman in the summer of 2016, on the special counsel that this might devonian fabricated, unbelievable that Muller would hire a guy. Likewise, will anyone who needed to know about the origins of the dossier and the specific said it was political and unreliable new? Yet they use it anyway as a pretext to spy on Presa. In many ways it makes sense because your steel was probably using FBI, filiated sources and informants to compose a dossier. To begin with, we already have Jonathan Winer one of his key friends at the state department. Admitting a did the post op-ed, he wrote the part of the dossier for steel based on information, not from steel, but from Sidney Blumenthal and Cody Shearer, who were to Clinton operatives right National Committee, not only paying for the phony Russian disinformation but they’re. Also, the dossier is a product of the machine and the Deep State. I predict in the end we’re going to find there with quote no Russia Intel behind it. It was all recycled material out of the FBI, disinformation, CIA disinformation operation, any Trump all pretextual to spy on a candidate. They didn’t like, and a protective candid that did like Hillary Clinton. Ben Stein. You in one breath is saying to everybody: don’t believe Anonymous sources, and now we have documents that he was acting as an anonymous he’s, not just a hypocrite but he’s the king of prevarication and deception. You know that Rosenstein is lying whenever he moves, but I want to ask you about Andrew McCabe, who is now in a full-time employee, a contributor to CNN who this morning was suggesting that Michael Horowitz, the Inspector General, who made a criminal referral to an apartment. Maybe an indictment against McCabe eminently be replaced or removed the desperate afterwards of a guy who pretty much knows he’s going down for the count yeah and especially given the fact. The O’Jays been protecting McCabe for 18 + months now. Remember the IG referred McCabe in 2000 April of 2018 and they still haven’t figured out where the garden wind item or not, as you pointed out Greg, you noticed this in the IG report, their record Nations McCabe lying to investigators right. He made false statements at least twice and then he’s given a chance in a audio recording to correct those statements, and he doubles down on it, and everybody knows this that there’s a criminal referral against the guy that CNN, hired and he’s on about corruption. This guy is the symbol of corruption. Is that yeah exactly and you know, accent and there’s a big problem at the FBI and, frankly, the justice department? We had documents that included McCabe’s misconduct, showing at there were 14 FBI agents and Senior officials like okay, who improperly leak, classified sensitive, a grand jury material. Not one of them were prosecuted. I think there was only one product and many of them got away with even a lighter, even a lighter Schmidt, then the officer professionals recommend, probably because a month before the Mueller report came out on McCabe, went on CNN and Sushi. I think the president United States has a Russian agent that is music to the ears of CNN guaranteed to get you a job offer to them. It’S like Bach Beethoven and Mozart. All rolled into one cnn.cnn is a partisan advocacy organization. Sun-Times commits journalism, accidentally issues, Judicial Watch President Tom Fitton discusses how Judicial Watch is suing for records which could point to the initiation of the counter-intelligence probe.