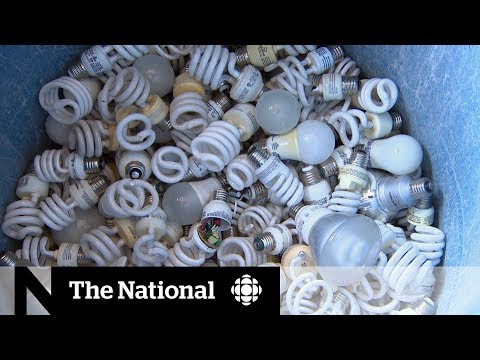 Keeping dangerous mercury out of Canadian landfills Keeping dangerous mercury out of Canadian landfillsPowering up and then it’s all systems go to prevent the Mercury inside the light bulbs from ending up at the landfill. The phosphorus powder computer goes enough to suspect through these pipes. Through these filters down into 45 gallon drum recycling, light bulbs idea, he’s ever had health issues and it contaminates water waves like, for example, of 4 foot fluorescent bulbs, contains 22 mg of mercury and 22 milligrams of Mercury contaminate 220,000 of water. Exactly that the brainchild of liberal MP Darren Fisher, how much does the number of lamps containing mercury in Canada is decreasing, but there were still 35 million sold in 2017. Only a third of them were diverted from landfill, while we’re visiting a customer comes by. So why do you think this is important enough to go to the trouble of coming down here and dispose of existing lamps mentally sound way, but it doesn’t make light bulb. Recycling law should be loyal, Solid Waste. You got your provincial governments dictate what goes in the landfill through their permit, and the federal government dictates what you can do with toxic chemicals. Everybody is wants to save the planet. Then it’s one of the things that they could do to help heal. Mercury is listed as a toxic substance and is found in many lightbulbs. See how Ottawa plans to keep it safely out out of the landfill.