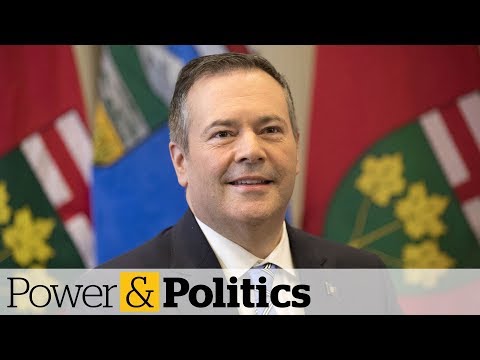 Kenney plans to scrap Alberta carbon tax on May 30 | Power & Politics Kenney plans to scrap Alberta carbon tax on May 30 | Power & PoliticsSinger, Jason Kenney unveiled his plan to create jobs that include the rollout of some of his campaign promises, but at least for now what was happening with that promise? We’Re talking about the carbon tax in the court challenge there. Well, there’s a couple things to look at here: vaschy. First of all, the Alberta carbon tax, Jason Kenney, said today, no doubt about it. That is gone as of May 30th, but it first has to pass legislation that will be introduced next week. That should not be a problem because of course, Jason Kenney want a very large majority, Rachel notley wouldn’t say today if they intend to filibuster on that bill. But that’s the first thing they’re going to tack is getting rid of the Alberta carbon tax. Effective May 30th. There is another question also that was raised during the campaign that was part of Kenny’s platform, that is launching a constitutional Challenge on the federal carbon tax joining with and Ontario in their Court actions will, of course, we know what happened in Saskatchewan. That case didn’t win and there yet 2 has yet to be a decision from the court of appeal and Ontario. So Jason Kenney said today that you know perhaps take a look and see what’s going to happen and how best to proceed in this is what he told reporters about his approach to the federal carbon tax challenged as to whether or not launch our own separate challenge Weather just a support, Saskatchewan and Ontario governments. It would be inevitable appeals to the Supreme Court of Canada to look and see. What’S what’s going on, how we’re going to proceed and the session resumes or starts up again next week, we’ll have a swearing-in of UCP mlas, Throne speech and then we’re right into session was around cutting corporate and to definitively have Albert, has the lowest corporate tax entire Country the first couple come on July 1st Canada day. It will be reduced from 12 % to 11 %, and this is new he’s going to bring it on another cut January 1st, moving head from 11 % down to 10 % and East January 1st. After that. For the next two years to bring that tax rate down to 8 % and Jason Kenny says that’s going to result in the creation of 55,000 new jobs will see. Host of Power & politics see more of our show by subscribing to the CBC News Channel or click the link for another video. Thanks for watching Alberta Premier Jason Kenney announced that if his government’s first bill is passed, it will end the province’s carbon tax by May 30. Scrapping the tax was a key promise in the United Conservative Party’s campaign platform.
To read more: http://cbc.ca/1.5134015