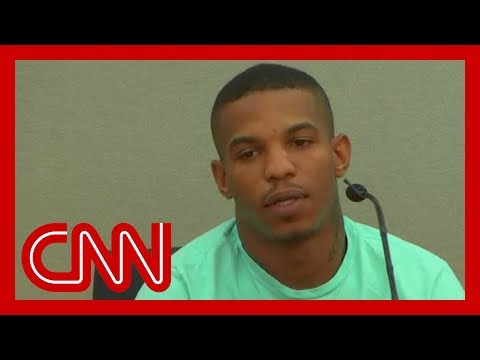 Key witness in Amber Guyger’s murder trial gunned down 10 days after testifying Key witness in Amber Guyger’s murder trial gunned down 10 days after testifyingA key witness in the murder trial against now convicted former Dallas police officer Amber guyger, was shot and killed Friday night officials have not yet announced the man’s identity, but an attorney for the family of Botham, Jean the man murdered, buy Giger confirms the victim. Was this young man Joshua Brown? He was the neighbor who testified that he heard the confrontation between Geiger and Sean as well as hearing the gunshots same as Polo Sunday. It’S following the developments for us now before his murder. On Friday, Joshua Brown made headlines as a key witness. The trial of Dallas officer Amber guyger across from last week, Geiger was convicted of killing both of John after walking into his apartment. In 2018, she claimed to have mistaken his apartment for hers and thought he was an intruder on the witness stand. Ten days before outside his home Brown testified, he heard the shots and saw guy go outside his apartment. Brown got emotional recounting hearing his voice. Bia Brown lived in constant fear of gun violence, and that is death quote underscores the reality of the black experience in America also said, Brown deserves the same Justice that he sought to ensure for the Jean family and vests Peterson released you details on Brown’s death. Only the witnesses heard gunshots and they observed a silver four-door sedan. Speeding away from the scene, police have not said. If the murderer Is It Anyway. Dallas Police continue to investigate Brown staff. They are hoping that somebody who potentially saw something or heard something actually reach out to them. Ten days after Botham Jean’s neighbor Joshua Brown testified in the murder trial of a former Dallas police officer Amber Guyger as a key witness, he was gunned down at his apartment complex, according to attorney Lee Merritt.