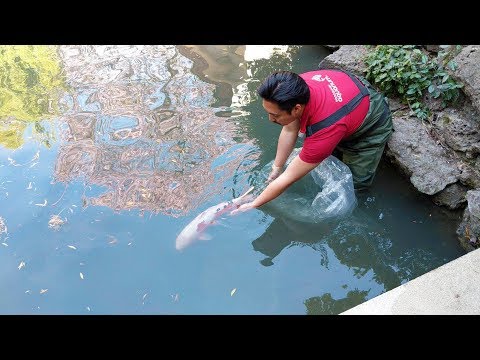 Koi return to B.C. garden 6 months after otter encounter Koi return to B.C. garden 6 months after otter encounterThat’S right after much heartbreak a reason to celebrate we’re just happy to see our quarterback and have legs mucoid joining us today. The three surviving adult koi and over 300 juvenile returned home. They spent nearly six months of the care of the Vancouver Aquarium apocalypse started. The hungry mammal made its way into the doctor, Sun Yat-sen classical Chinese Garden 11 of the prize fish causing the garden to shut down. While the park board tried everything, including hiring a professional trap to catch the elusive otter, but the slippery creature was never caught, they moved the surviving and terrified fish. The Saga dubbed 2018 captivated the community and got the attention of the media who are all on Deck. To see The Return of the prize fish, I took his family reunions. We’Ve been here not that long ago, doing the different story from China over the moon very good Friday, Tennessee it and would like all the poor little boy and the Lauder needed to eat. So like, how did he get in that’s the one question: murder mystery remains unsolved across the street and just worked his way through. The gate has otter proof. The garden and hopes of keeping the pesky Predator out, while keeping the koi safe is Vancouver. Koi have returned to Vancouver’s Dr. Sun Yat Sen Classical Chinese Garden nearly six months after their encounter with a hungry otter. Additional numbers of the fish were donated to the garden to help fill its ponds.
To read more: http://cbc.ca/1.5128972