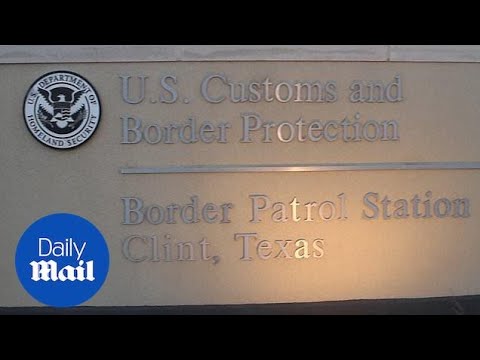 Lawyer describes conditions at facility housing migrant children Lawyer describes conditions at facility housing migrant childrenWe’Ve seen the worst conditions that we’ve seen in the last 3 years of conducting these visits that in the last week and this week at the Clint border facility, we are seeing six children. We are seeing dirty children, we are saying hungry, children were saying, children have been separated from their parents and other family members, children who, within the facility or being separated from their siblings, which they need to be with her right now we are seeing dirty clothes on Them any of them have not been bathed. Many of them talked about how hungry they are. These children have been falling asleep, some of them during the interviews with us. They have also talked about how deadly they are the headaches. We really have a dire situation here. Both because of the unsanitary cancel, these children are being kept in a unhealthy facility, that’s being run there and that’s not made for children and the number of children who are being kept their. This was not a facility that was even on our radar until last week. When we found out that children recently indecent there and then we arrived and we find out that there are over 350 children there when we arrive, are children are telling us that there have been over 300 children in a single. If that’s true, which it appears to be, then literally, the United States is warehousing children in a Lord of the Flies scenario, and we’ve got to do something about it. Immigration experts and lawmakers are seeking swift change in how detained migrants are treated at Border Patrol stations following recent shocking reports of how infants, children and teens are left struggling with inadequate food, water and sanitation. It’s a scene that is being repeated at other immigration facilities overwhelmed with too many migrant children and nowhere to put them. ‘This facility wasn’t even on our radar before we came down here,’ said law professor Warren Binford, a member of the team that interviewed dozens of children this week detained in Clint, Texas, about a half-hour drive from El Paso, Texas. Fifteen children had the flu, another 10 were quarantined. At another Border Patrol station in McAllen, Texas, attorney Toby Gialluca said all the children she talked to last week were very sick with high fevers, coughing and wearing soiled clothes crusted with mucus and dirt after their long trip north. ‘Everyone is sick. Everyone. They’re using their clothes to wipe mucus off the children, wipe vomit off the children. Most of the little children are not fully clothed,’ she said.