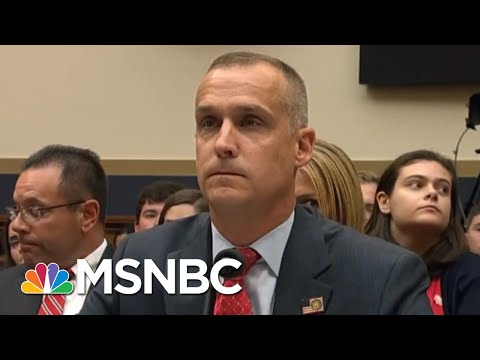 Lewandowski Refuses To Answer Question About Meeting With Trump Detailed In Mueller Report | MSNBC Lewandowski Refuses To Answer Question About Meeting With Trump Detailed In Mueller Report | MSNBCWe received the letter from the White House just yesterday that they will not let you answer any questions beyond what you told the special counsel and was publicly released single day for the administration, let alone in the executive branch. And I want to ask you a questions. Relevant to that issue, Miss Lewandowski is incorrect. 2017. You met alone in the Oval Office with the president. I sent it to. Is there a book and page, and we can reference me to please. I don’t have a copy of the report in front of me alone. In the Oval Office with the president, could you read the exact language of the report, so I don’t have it available to me? You don’t have a copy with me. I don’t have a copy of the report card. Is it which paragraph sir, I don’t have it in front of me, so I can follow along and what they’re asking that date. Guys, I’m just trying to find in the mall report states that please filibustering bottom of page night for witness to refuse to answer a question and stay that page. When will the clocks start overview II? German, you know that it’s General stages, point of order back to gently cycle start and answer the question without further delay. Yes, I see that report who is Dan, the Attorney General United States, page 91, answer 91 congressman correctly, but your question Congressman White House employee at that time you did not hold any position that got me whatsoever. Did you correct now sitting behind you accounts special counsel? Would you like me to that question about 15 seconds ago play this committee was assigned at such as explained below Mitchell? Lewandowski’S conversation with the president and was senior advisors to the president are protected from Disclosure by long-standing result. The White House’s directing Mitchell Lewandowski not to provide information about such Communications. I can read again Congressman you’re, not answering the question we’ve already established, reiterated I’ve never spoken to anyone. White House counsel’s Office was no idea for you not to answer questions based on the claim of executive privilege. I can read and write an ass. I’Ve never had a conversation with I’ve, never had a conversation with him in the White House, counsel’s off your garbage man, Communications with him, we’re Official White House communications of any discussions with the prisoners, advisers to protect executive branch confidentiality and I recognized White House’s decision 2017. I don’t know the answer to that. The White House has Direct sister. I cannot disclose the substance of any discussions with the present or is it visors to protect executive branch under the 5 minute rule time limit under the 5 minutes ago? Roku is a stack with what where’s the clerk a lot of other great videos. During impeachment inquiry investigation before the House Judiciary Committee, former Trump campaign manager Corey Lewandowski declines to answer questions, says White House has directed he not disclose substantive discussions with President Trump.
Aired on 09/17/19.
» Subscribe to MSNBC: http://on.msnbc.com/SubscribeTomsnbc