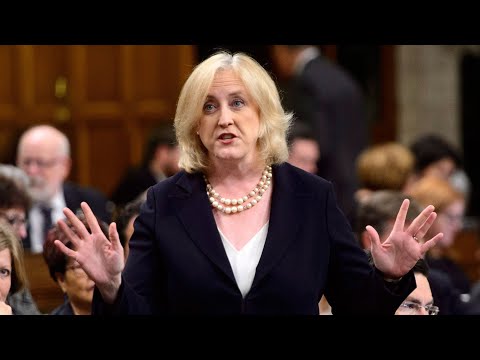 Liberals aren’t taking election interference seriously: Lisa Raitt Liberals aren’t taking election interference seriously: Lisa RaittBaltimore on SNL joined by the deputy conservative leader, Lisa rate conservative leader Lisa right thanks so much for your time today, thanks Angie talk to me more about this letter and why you thought it was necessary to send this letter to CC asked for an investigation. Well, what we ended up doing is exactly what was anticipated when the minister of democratic institutions set up a specific task force in dealing with security and intelligence threats to electoral process. This happened in February this year. Csis was tagged as one of the four agencies that would be there to investigate any concerns about interference of Elections and when the neither the prime minister dedicated the seriousness of the commentary that mr. McCallum was passing on to his old contacts within foreign affairs in China, Decided we had to write the letter to flag because this dissipate the outcome could potentially be in all of this. If they sisters go ahead and conduct an investigation because, as he stayed looking at the letters here, that you did send to them, instead of giving a raising a number of concerns with regards to electronics experience, you do refer to signs of foreign influence activities, Dino Etc, Which doesn’t come under seats is mandate if they do go ahead with something I mean on. On the one hand, we probably won’t necessarily know it’s not something that’s going to be made public, but is there a concern that this action hinder relations between Canada and China and that’s the process that we have right now and I do believe that something could come Of this investigation, because we have set up a specialty group of bureaucrats within Ottowa who get the ability to flag a problem if they see it during the election, so minister be more friendly to them, then a conservative one would, and that comes on the heels of The report that CTV had the last night talking about the fact that senior Deputy ministers have already been warned by sesis that they have concerns whether or not they would be an attempted influence in our own communities. Here in Canada, a Chinese defense so he’s putting those two together, I can see no reason why ceases wouldn’t go for it and it really heightens my concern about whether or not the Prime Minister and Minister and the public safety Minister are taking this seriously. We know that foreign affairs minister, Chris Jeffrey Linda, I’m did say clearly yesterday that this does not reflect on how the government is filled with no longer, if you mention their former minister is no longer. The ambassador to China is now a private citizen considered to be a private citizen, although he did carry those files earlier. He think his comment would carry that much weight to have that much influence on 100 %. He specifically said in this newspaper the South China Morning Post, which is the newspaper of record in Hong Kong, that he passed on information about the friendliness of the Liberals., the Chinese, in his capacity as having his farmer contacts through his his ministry. In the issue. With respect to the global affairs minister, saying it’s inappropriate like this as an issue for RCMP for the special task force for ceases for anyone. They actually stopped moving forward on what I do as a serious possibility of interference in our Democratic institution with the elections, Canada and it has to be followed up. So we put our hand up to say: we’ve got a great concern and she should have done the same Before I Let You Go mr. 8. What to expect from the government you put this forward evolved for the request for an investigation by stasis. I said there hasn’t been enough of a response, so what do you want to hear from the government? Now we want to hear the fact that if there is anything turned up, I assume interview on the former minister with respect to whatever conversation he had with Chinese Foreign Affairs officials in the past 2 weeks. I expect that if this does up to a possibility of interference in our election through the process, the government has already set up political parties. All of us will be informed and debriefed on whether or not there’s a problem. This is how the system is supposed to work. Unfortunately, this liberal government chose to ignore comments from instrument. This is a very serious matter and we’re taking it in a serious way appreciate you. Thank you very much. Thanks, Angie Conservative Deputy Leader Lisa Raitt discusses her decision to ask CSIS to investigate former ambassador John McCallum for comments he made to Chinese officials.