Lights, camera, action: Why does France shine on the silver screen? 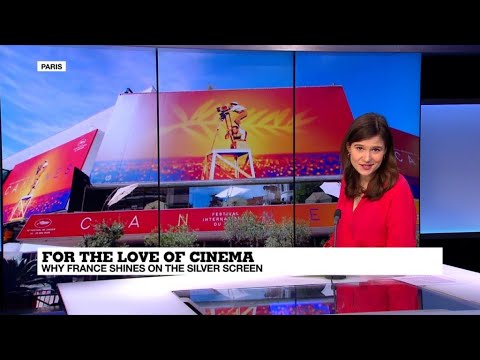 Lights, camera, action: Why does France shine on the silver screen? Lights, camera, action: Why does France shine on the silver screen?It’S time now for French connections, our weekly look at the intricacies of life here in France, with phones on here as the Seventh Art. There is a real love and pride of movies in France, which is, after all, the birthplace of Cinema. Absolutely first commercial screening ever happened here in Paris, that was on December 28th, 1895 and over a hundred 2 years later, the Silver Screen is still booming here in France, France is in Europe the biggest cinema buff. In fact, it has the largest number of movie theaters over 2,000 across the country. Paris alone has the highest density Cinemas in the world, including some really cute, tiny Art House Cinemas that Rerun old classic. Now, it’s safe to say that French people love going to the movies over 200 million cinema tickets were sold in 2018 and that might be surprised given the rise of streaming and video-on-demand excetera purest and say that the experience is unique. I hope they will need to be watched on a big screen on a tiny screen with the phone ringing pleasure of watching a movie on the big screen around the world. And if the film industry here is so strong, it’s due in part to protections that are offered by the French government, because it’s Cinema is the crown jewel of something called the exception. Oc that’s been put in place since the 1950s to protect France’s cultural heritage. The underlying idea, isn’t the French culture is superior, but that culture is exceptional and therefore it should not be treated like any other commodity at the mercy of supplying the man. The movie business. That means that it must be defended as an art is an art in France and it must be defended against free trade, global capitalism and American dominance, also known as Stephen. A French state agency, whose only purpose is to manage the production and promotion of French movies, and that is the national Center for Cinema and moving images. And it have a honey pot of money that it distributes to all sorts of film related things that can be building a cinema or also financing. All sorts of films and TV shows not into 18. It had about 730 million euros at its disposal and where does this money come from, will essentially various taxes, including a levy on the sale of cinema tickets? What are sold at 72 % of the price goes to the CNC. So if your Cinema ticket cost you about ten years, which it increasingly does over 1 euro will go to financing French regardless go see a Hollywood Blockbuster you’re actually going to help Finance some Courthouse. Smaller budget French films, that probably would not have gotten made out of ice how’s that we have here in France as an Animation Festival in the American Festival in and, of course, the biggest film festival in the world citing a cultural events on the calendar in France And it is intense over a two-week. All the who’s who of the cinema, descends on the seafront, Promenade and carpet stores from across the world. But it’s a competition directors Fortnight, it’s a business in the world and what’s so much of the world’s attention on canva Festival is also an opportunity for statements to be made famous red steps that everyone goes up every night can turn into a very political stage. It can get very political indeed. In 2018, for instance, there were two high-profile red-carpet protest. If you will targeting the world of Cinema. First of all, two women led by Cate Blanchett, who is the head of the jury at the time they locked arms on the red carpet to protest against gender and equality and the pay Gap in the cinema industry directors who had been selected in the official competition And it’s at the time 71 your history compared to 1688 black actresses stage, the protest on the red carpet, stereotypes, racism and a lack of diversity in the Barry White dominated French movie industry. Actress behind this movement is aissa maiga, one of the rare French black actresses who’s had a successful career in France. Opportunities in cinema theater or television in France under I’ve always been astounded. Visibility actually also facing threats from the outside, particularly streaming sites like Netflix, with a really challenging the current Paradigm. El recently, a group of French directors wrote an open letter in the moon called remember that Cinema is an art that needs to be defended. So thank you. So much for that sounds good with that look at French Cinema in this a French connections. Don’T forget, you can take a closer look at all the different connections on our website. Subscribe to France 24 now:
http://f24.my/youtubeEN

With the Cannes Film Festival in full swing, we take a look at the wonderful world of cinema. Over a century after the first commercial film was screened in Paris, French people continue to be massive moviegoers. While American blockbusters are popular, homegrown films are holding their own in a competitive movie market, thanks in part to a nudge from the state and the numerous film festivals that shine a spotlight on French talent.