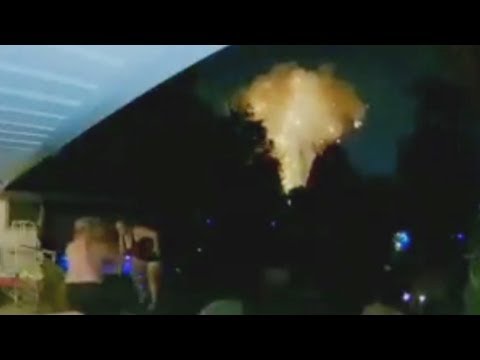 London explosion captured on security camera London explosion captured on security cameraWe heard something that sounded off and then all of a sudden bang and the fireball in the air, the smell was cutting, smells Smokey and gassy and it smelled awful. But this sound it was intense. It was an explosion, it sounded like a bomb went off fire. Wasn’T so crazy at that point it was the black and white smoke that was just feeling it was just. It was filling the air, it was filling the street. This is my community. These are my people, and you want to make sure that you know if you can help out in any way trying to stay out of emergency crews, but helping the people who live here they were displaced, it was 11 at night. Most of them were already in bed, and you know they just didn’t know what to do. It’S some people, may you know Nita, have some shelter we’re going to look at our community center to see if there’s anything that we can set up their people may need some clothes and shoes people left with nothing. It was an emergency situation, so he just get out with what was on your back. A lot of people didn’t even have on Tuesday. It’S still surreal honestly and at this point is just what can we do to help rebuild our community? At least seven houses were damaged and seven people were sent to hospital in London, Ont., after a vehicle drove into a house, damaging a gas meter and setting off an explosion that set fire to nearby homes.
Read more: https://www.cbc.ca/1.5249418