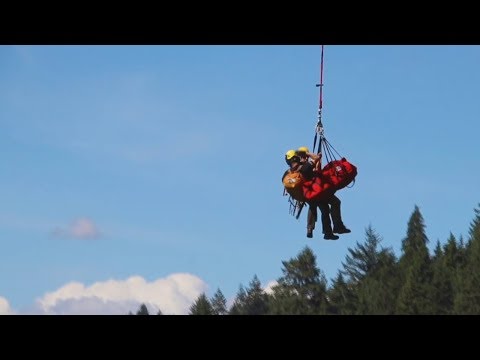 Long weekend calls keep search and rescue crews busy in B.C. Long weekend calls keep search and rescue crews busy in B.C.Alright, another successful Mission this time, North Shore search and rescue teams, have two hikers down Grouse Mountain. They felt that is too dangerous. They got onto a steep area where the Celtic could fall. Flashlight search and rescue team. Yesterday, in North Shore, search and rescue had to fly in and use a long line at to get an injured hiker out at norvan Falls the 47 year old man had fallen and sustained head injuries and fractured rib. It’S a very remote location. You know when it when things go wrong there it’s is very challenging and people have no way to communicate so they’re, relying on cell phones. You know there must have been Thirty or forty people ignore van no one can use your cell phone to communicate back there. Wendover night and the cold came back to back in pretty flat out for us, and it’s been flat-out for all search team. There were four call Delon Justin Golden Ears Park and for some teams, more calls than their volunteers could respond to. We were called for a rope rescue assistance to Mission. Unfortunately, we were understaffed and we weren’t able to send anyone to that one good time when people try a trip that they might not normally try, so that someone might try a 13-hour hike and if you’re in trouble call early and cruise expects to get more calls. As the day goes on, Search-and-rescue workers in B.C. had a busy Canada Day long weekend, responding to more than a dozen calls. Even on Canada Day, North Shore Rescue crews were called to help two lost hikers on Grouse Mountain.