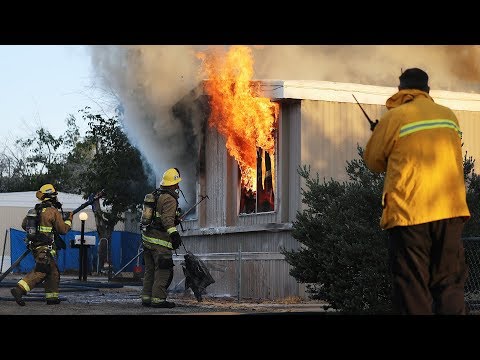 Magnitude 7.1 earthquake rocks Southern California Magnitude 7.1 earthquake rocks Southern CaliforniaBut we know is that this 7.1 earthquake is the earthquake, the one we Fels on the 4th of July. That 6.4 was a four-shot. That is what authorities are saying: they’re, saying 11 times more energy, more power than one that happened on the 4th of July. To hear a lot of people very worried and not sleeping in their homes overnight and said, either sleeping at shelters or in their cars or just simply staying outside, and that is the power and the force the earthquake and aftershocks. Unfortunately, up for some people here, even worse news – I, like the family, that you see behind me their house on fire officials here saying four structures have been on fire in the last 14 hours and that is very rare. It is very small town, so officials are investigating right now that is sort of their biggest Focus. We believe it is somewhat related to gas leaks caused by the Quake of a rather not giving an exact cause of these fires. That steals everyone very much on edge about what they’ve been telling you, because it happened in the last couple of days or so so what are they saying to you about having to go through these quakes sing? There could be more, and that is the biggest worry for a Residence Inn for the people in this area. There’S a 5 to 10 % chance that there could be an even greater one, and so that is the biggest fear for everyone that they do experience. Something worse than experience yesterday I mean just to put things into perspective. I was in my room yesterday when the ground from underneath you just begins to shake drawers, begin to open the books were following. I ran towards the window and saw waves. It was just full of waves and overflowing, and then we started seeing the fire is. I walked outside because everybody was which is coming outside of the buildings and everybody worried making sure that everyone was okay. I talked to a family who said they were from the area we’re going to stay here, but that’s the only thing they could do is grab on to their baby and hope and pray that it would be over. A quake with a magnitude of 7.1 jolted much of California, cracking buildings, setting fires, breaking roads and causing several injuries, while seismologists warned that large aftershocks were expected to continue for days, if not weeks.