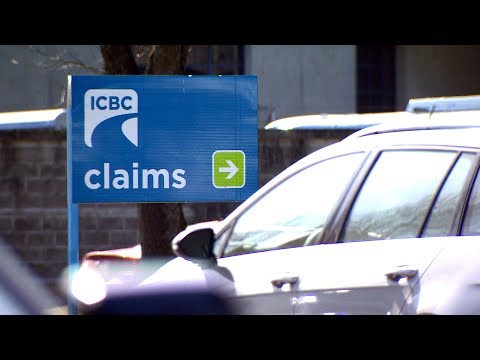 Major car insurance changes coming in B.C. Major car insurance changes coming in B.C.Dc Attorney General David ICBC of financial dumpster fire, the name stuck. This is quite simply a financial dumpster fire Robinson PCS Insurance model is unacceptable and unsustainable. So here’s what they’re doing about it, if you’re in a crash – and you suffer a minor injuries such as Whiplash, there’s now a hard $ 5,500 cap, how much compensation you can get for pain and suffering and to understand the reason for the switch all you have To do is look at the numbers in 2012, the average claim for a minor injury in BC was just over $ 8,000. If I 2016, that number had jumped 2 / 30,000 BC by the way is the last promise to make this kind of switch. Icbc says about a quarter of its annual cost, go toward legal bills, away from courtroom and direct them toward something called the Civil resolution tribunal. If you have a minor claims dispute, which is anything less than $ 50,000, you go to the CRT instead of a courtroom. The whole idea here is to get lawyers out of the process and, as you might expect, the legal Community doesn’t like that idea too much. They say all it’s going to do is make it harder for you to get the compensation you deserve. If you suffer a minor injury, but ICBC love this idea, because it allows them to wait out on their legal bills, another big legal costs that ICBC once it cut down on is the use of experts in injury claim cases involved in a crash and the injuries Are pretty severe you’re looking for compensation, so your legal team hires experts to write reports that support case ICBC can hire experts to and those reports of the experts right can cost anywhere from 5 to $ 20,000 if it’s fast track, which is anything under $ 100,000, That can be resolved into three days unless you’re allowed to hire one who can write one report and for all other types of claims you can high rep the three experts who can write a report. Each ICBC says this will save a bundle, but trialer say all this is going to do is make it harder for you to get the compensation. The Province says that these changes will save ICBC a fortune, but here’s one thing: they won’t do and the debate on public vs, private, auto insurance living in Vancouver Toyota Camry that same vehicle for that same level of coverage $ 1,400 in Calgary just across the border. That Alberta ensures could come into British Columbia and charge the same price as they do in Alberta with a product British Columbia, the public vs private debates has been going on in this province since ICBC was created way back in the mid-1970s, and that debate isn’t going Away anytime soon, Jessie Johnston, CBC News Major car insurance changes in British Columbia come into effect on April 1. The new rules include a $5,500 cap on pain and suffering payouts for crash victims with minor injuries, such as whiplash, sprains or strains.
To read more: http://cbc.ca/1.5076098