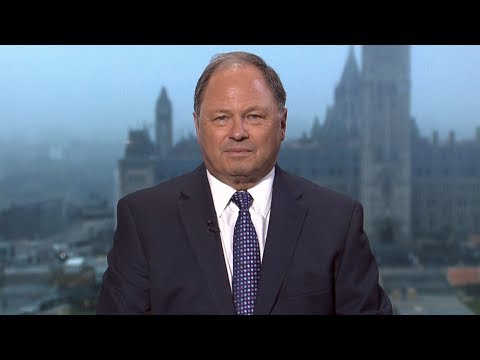 Martin breaks down Scheer’s proposed cuts to foreign aid Martin breaks down Scheer’s proposed cuts to foreign aidI want to bring the host of power played on Martin, who joins me from Ottawa. All right., Who is Andrew Scheer, are trying to appeal to hear by taking an ax to Canadian foreign aid. Was that back on there in about 15-20 years ago? I guess cuz. We were going to boost our foreign aid, 2.7 % of GDP. Well, not so much were down about flight 22.3. I don’t understand honest with you frankly Jam. This is something that you don’t necessarily need to put out to get your base riled up, and I don’t really think the 10 gets much broader as a result of Shear saying that he’s going to do this, the only explanation sense, it always has to start showing Revenue streams to pay for his promises, and this is sort of a low-hanging fruit. I am where you can say I’m going to take 1.5 billion dollars from foreign aid and use it to pay for my promises back on campaign Trail, because it’s not a big winner out there in the real world, but we’re paying too much for foreign aid. Unless you can can make a much better narrative than we’re taking it away from Argentina which doesn’t need it, I’m not sure whether that hold up to scrutiny are not here, but is it at well? That’S the theory that is not beyond the realm of possibilities Chen, but it’s not it. It sounds like a pretty faint dog whistle to me when this guy is starting to move in the polls very first time I moved ahead. It’S $ 4 in the preferred prime minister ratings. All right trajectory is this: going to keep that moving along or people going to go. What’S this guy, all about. Do you wants to cut foreign aid, he’s not answering environment surveys? What is this guy, so you got to wonder if he’s got to wonder about the campaign and you’re hearing some grumblings behind the scenes and the conservative world. The campaign is not quite as well oiled as it seems to be, and Aslan McGregor point it out to you point out to News Channel. There was a rally last night and Brampton, that’s a big city. I got to less than a hundred people. That’S a bad sign and just quickly has been kind of a general lack of Foreign Affairs talk on the campaign Trail, especially since Justin Trudeau didn’t want to participate in the Munk debate on Foreign Affairs and Global policy. Maybe that was needed hot buttons. We got around the world are going to be have to be dealt with by the next prime minister, be a China or Russia. You know the US for for sure continues to be a big problem, Saudi Arabia, with our continuing problem. We should send them light. Armored vehicles are not. There are a lot of issues they’re going to require a pretty Daft and the stick handle through and yet silence. Radio silence on the campaign foreign policy you’re, saying it’s a pretty Blank Slate for a voters to choose from the host of power played on Martin always get to talk to you, John. Thank you. Don Martin looks at Conservative Leader Andrew Scheer’s pledge to cut foreign aid by 25 per cent.