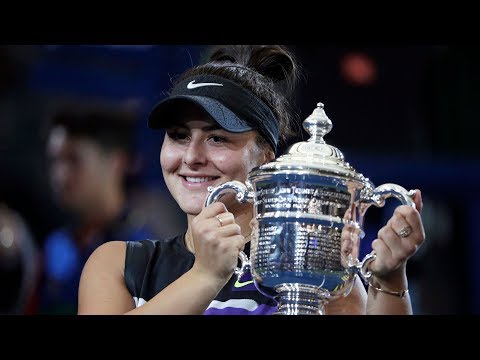 Mississauga celebrates Canada’s Grand Slam champion Bianca Andreescu Mississauga celebrates Canada’s Grand Slam champion Bianca AndreescuJust want to inspire the next generation of Canadian tennis players, but her goal of getting more people interested in the game is already being realized. That side of the story, while we were here, live at the Ontario racquet club, wear and rescue trained when she was young, and the director here tells us that the demand for youth programming has just been massive. All of these young tennis stars helping to win be up on this big screen with his Club, gathers to watch the major matches after being inspired by their Hometown. She wrote Bianca and rescue when I saw that she was playing as she was winning a like. Maybe I should get back into it, how well she was doing and then kind of morphing into the US Open. I has ever did a grand slam and one one for my legs are shaking when I was watching it, but everybody was talking about how Bianca was going to be intimidated by Serena, but the reality was that Serena was intimidated by Bianca and rescue trained here when She was seven and this club is full of her success to every step of the way it makes a lot of energy in terms of liko Who start to play. Tennis, everybody gets excited 18 minute is right now, hopefully this is going to carry on and put Canada on the map. We are all so proud of her she’s ate it, but she’s cannabis Champion as an inspiration to others and Mississauga Victory. Rally for and rescue in Celebration Square. The city will also be letting off the Big Clock Tower tonight and gold in her honor reporting live in Mississauga Natalie Johnson The mayor of Mississauga is planning on giving the 19-year-old tennis star the key to the city.