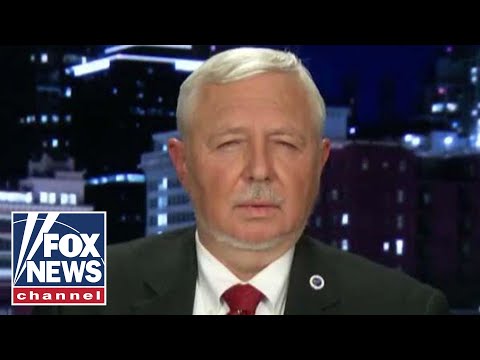 Murrieta, CA resident speaks out as illegal immigrants flown into town Murrieta, CA resident speaks out as illegal immigrants flown into townCowell is a resident of Murrieta California, where an unknown number of illegal migrants recently were brought for processing. Where are they now? Well, that’s open to question the Scout joins us live tonight about thanks for coming on show we love you Tucker from California. Of all of this, giving us an account of of what is happening, so people who are in the illegally were brought to your town. Where are they what happened to them? What do you know, they’re flown in from El Paso Sunday evening, Sunday afternoon and brought up by bus from Brownsville airport in San Diego near the border at to Murrieta, which is about 60 miles north? That’S my town and therefore processing there and the processing takes 24-48 32 hours. We don’t know exactly, but they’re there are without with one one toilet basically have they have. I understand from the sources that I have that there’s tuberculosis, their scabies and other things that right now in our community, these people go through processing there. I’M sure they’re great some of my great people, but then they get. I understand a bus voucher and they go down to the taken to the local Temecula mall, which is the neighboring town, and they can take a bus anywhere. We suggest that they go to a sanctuary City like Los Angeles like she or San Francisco or Portland, and not Murrieta and Temecula. We are Sanctuary City for the rest of the Martin, California. There they’re discovering that you’re nowhere near the border you’re nowhere near Mexico, people being flown and bus to your town, border patrol station in Marietta, and so there is border patrol agents there are we thank them for that? We love our station. There is that station takes care of the I-15 Corridor. We do they do a lot of drug busts on that on that high and a lot of these to catch loud, illegal aliens on the highway. So they’re there are for another purpose. They were actually about 10 miles, north of that they had a border checkpoint exactly about 60 Mi or 50 north of the Border by law. I think they could have that we do have those in in in the United States except or station is his legally there. Texas to Yorktown have you or anyone else in the temping consulted on this? Is anyone ask your opinion, though? Actually we found out this bye-bye inside sources that I can’t divulge but has been confirmed by the police Marietta. They are there and I was confirmed by a 1/4 Patrol agent to senior one today that I talked to that. Yes, they are there, so we know that they’re there and actually I’ve Been Told that this is not new. That they’ve actually been coming in since 2014, when we had thousands of demonstrators out on the street in the town. So I don’t know if you know about that, I did. I do more news for your time and I hope that you’ll keep us posted on what happens, but pal thanks very much for that update. I appreciate it sure thank you. Murrieta resident Bob Kowell speaks out about migrants being relocated to his city on ‘Tucker Carlson Tonight.’ #Tucker #FoxNews