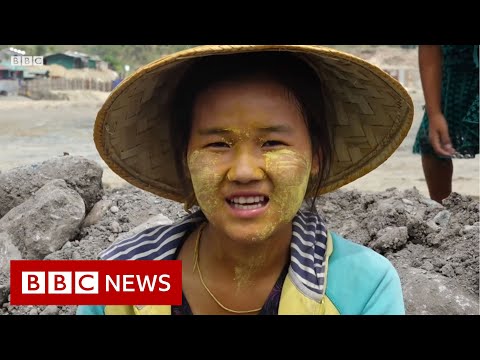 BBC Burmese gained rare access to the area where mountains have been turned into moonscapes.

The industry has been estimated to be valued at a staggering $31bn (£25bn) annually.

Hundreds of thousands of people have flocked there to scavenge among the rubble left over from the mine – hoping to get find fragments of the stone.

It’s a dangerous job and heroin addiction among the miners and scavengers is endemic.