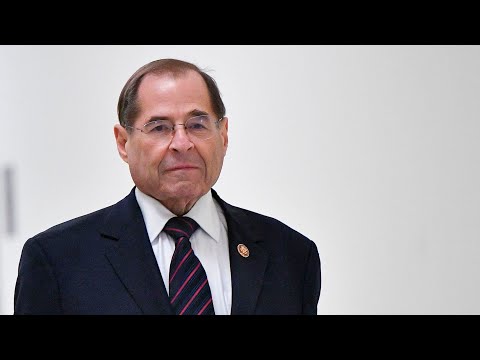 Nadler holds news conference ahead of Mueller report release Nadler holds news conference ahead of Mueller report releasePress coffee, I got to go to find a power surge, wrap it up.. What’S the meaning of 111, I don’t know something beautiful. You moved you go over there. I just want blue. Are we ready with the another few seconds or we’re just going to wait for the other livestream, and then we will get ready to go? Is everybody ready? Okay, thank you very much. 820. So we’re going to wait for this, and hopefully we’ll do it by 8:20 and otherwise, but 8:28 is 8:15. Okay. Where are you now how many minutes streaming destination according to the Westchester? It’S fine! I’M just trying to find a URL on the bed. Riverwood Southern whatever set up for evening, I’m Congressman Jerry Nadler, chairman of the house, Judiciary Committee with me, or four members of the committee, Madeleine dean of Pennsylvania, Ted Deutch of Florida, dial demings of Florida and the Hakeem Jeffries, who is also the chairman of the democratic Caucus attorney general appears to be waging a media campaign on behalf of President Trump, the very subject of the investigation that the heart of the Mueller report, rather than letting the facts of the report speak for themselves. The Attorney General is taking unprecedented steps to spin Mueller’s. Nearly two-year investigation 1, he summarized the report and cherry-pick findings in his March 24th letter to Congress to he withheld summaries written by the special counsel that were intended for public consumption. Three, he has briefed the White House on the report before providing Congress, a copy which has helped them prepare a rebuttal response for the president and now the evening before the report scheduled release, the Department of Justice has informed. The committee said it will receive a copy between 11 a.m. and noon. Well after the attorney-general’s 9:30 a.m. press conference. This is wrong. It is contrary to the attorney-general’s own words to the committee. I do not believe it would be in the Public’s interest for me to attempt to summarize the full report, what you release it and cereal or piecemeal fashion, close quote. It now appears the Attorney General intends to what again put his own spin on the investigative work completed by the special counsel and his team. The fact that the Attorney General is not releasing even the redacted report to Congress until after his press conference will again result in the room being presented through his own words, rather than through the words of special counsel. Mueller. He Central concern here is that the Attorney General Barr is not allowing the facts of the Mueller report to speak, but he’s trying to bake in the narrative about the report to the benefit of the White House and, of course, he’s doing this just before the holiday Weekend so it’s extraordinary difficult for anybody to react. This is wrong. It is not the proper role of the Attorney General. I should add one other thing. The Department of Justice in a court filing in the Rodger Stone case today said that some members of Congress may get access to some of the youth information. Only for use and secret did you do Sherry committee has no knowledge of this, and this should not be read as any agreement or knowledge or I sent on our part. Thank you very much. We are certainly not satisfied with that. We’Ve repeatedly said what is demanded by the situation, and that is that the Judiciary Committee be given the entire report and the underlying evidence so that we can make those judgments for ourselves in the Judiciary. Committee can, as has been the case in Prior situations, decide which limited portions of the report might have to be kept secret so as not to reveal sources and methods Intelligencer for some of the legitimate reason. But that’s a decision for the committee to make not for the attorney general or the administration. Yes, well, we’ll have to take the time. The next couple of days to carefully read the redacted report so that we so that way, we don’t find out that, in fact, it is very little left out, but on the assumption that it’s heavily redacted, we will most certainly the subpoenas in very short order. I’Ll answer that we probably assume we’ll probably find it useful to ask mother to testify – and I assumed we may ask members of Augustine to testify, but we’ll have to make those decisions after reading what we get as as inadequate. Is that maybe thank you. House Judiciary Chairman Rep. Jerrold Nadler (D-N.Y.) holds a press conference to discuss the handling of the Mueller report. Subscribe to The Washington Post on YouTube: https://wapo.st/2QOdcqK