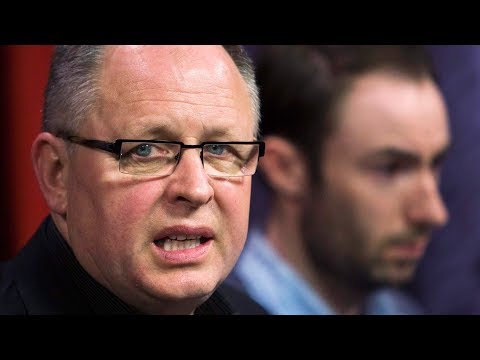 NDP called out for ‘unfair’ nomination process NDP called out for ‘unfair’ nomination processBe official campaign hasn’t heading into the October election Tower is calling out later juggling sing over the writing process. Labor his name said Ryan. He ran in three provincial elections to Federal elections in 2004 and 2006 and he was going to run in this one. He says because people were pressuring him to run in Oshawa again. He says he has name recognition, he can fund, so he threw his name and he wasn’t getting vetted. You need to be vetted to be a candidate in any of the parties, and in this case he said, he’s been waiting so long that he says that the nomination process is a complete mass at the local level, but not only that. He says that at the NDP headquarters they can’t get their act together. So he saying this is a huge mess for him, but not only for him for others after you put this Facebook post out yet he said he heard from people all across the country facing similar situations as him and like I said he says this lowers their Chances of getting elected in this campaign, but not only that he says he’s hurt by it, frustrates me because I’ve dedicated my life to working on the NDP with the NDP is the only Union here in the problems that went out and raised $ 500,000 to build A monument it to to Jack Layton, I didn’t see anybody at the federal party stuff build a monument for Jack. I did it to the party and I think I’ve been treated with a lot of disrespect here, treated as if, for some reason, by buy some. The party behind us and send us think that’s simply wrong, so I’m speaking out, if fix this problem well, if the buck stops at the leader it stopped at my dad can I have to take responsibility, so I wrote still the leader basically saying that Jack made Luck give me an opportunity to solve this problem and give me a Fighting Chance. He did have a qualifier there that if he does does hear from mr. sing today which he hasn’t as of yet or the party and they approved his to run in the writing, then he would jump back into the game, but he hasn’t heard anything. Yet it’s not just in this writing that they’re having problems with nominations across the country. So far, the NDP of only nominated 175 candidate, that’s a 330. We are closer slightly more than slightly more than half, and only I think six more than I have a week and a half ago. These are low polling numbers calling numbers. You said in the beginning, across the country – and these come from our pool tracker – that the NDP is at 14 % really low when you break it down by regions, let’s start and Atlantic Atlantic percent extremely low, but that’s not where they really hope to pick up. Look at Quebec, 11 % for saying in Quebec, when you’re done. Louis under Jack Layton. Of course, that’s where you saw the orange wave and them becoming official opposition under Jack Layton and Ontario at 15 %, and then we go further out to the Prairies there. At 15 %, there break that down a little more in Alberta to look at this one, though in British Columbia, 18 % again. This is where the NDP helped to make a little bit of ground in this election campaign, and that is where jugni sing, in fact has his writing. His official rides left on stereo, but he ended up running and winning in the Lower Mainland. Those numbers are not looking good, so they have a lot of work to do to a federal election campaign. You have raised 2.7 million dollars in the first half of this year. Okay, like a good chunk of cat compared to other parties – 16.5 million, the Liberals, 8.9 million NEP 2.7 greens have raised 2.2 million dollars and the greens are just starting to come up in popularity to so one of the things about this. Is we heard that mr. Singh wasn’t out at a lot of these fundraising events and you need a leader there, because that’s where people want to see who is going to represent them in the election campaign and that’s where they start to get those bigger donations? And when you look at other leaders, so we have been to a handful, if you look at maybe a Justin Trudeau he’s had like in the double digits, so in the 50s or 60s 15 right came to power in at that point in time, Tom mulcair was Poised to become the next prime minister at the beginning of that 8 week, election campaign, so Labour leader Sid Ryan has withdrawn from the NDP nomination race in Oshawa, Ont., saying the nomination and vetting process is in “shambles” and didn’t give him enough time to run a fair campaign.